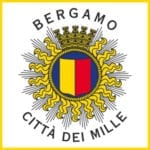 Borgo Santa Caterina is a characteristic quarter of the city of Bergamo. Its origin come from the ancient vico Plorzano. From the end of the 13th century it passed under the protection of St. Catherine of Alexandria, the martyr of the wheel, carried by the Angels on Mount Sinai, and thus it took its characteristic name.

Borgo Santa Caterina was founded around Via Santa Caterina. Around 1390, when the Muraine were built: the external position of the borgo outside these city boundaries gave it the label of “subborgo” of Bergamo, defining its clearest physiognomy.

Gabriele D’Annunzio wrote: “Bergamo, the brilliant city … increasingly capable of containing and pouring the riches of those immense cornucopias that are its two valleys” And it is precisely both cornucopias of abundance and beauty, the Seriana and Brembana Valleys, end up into this borgo, protected by Our Lady of Sorrows, shining in its shrine, always propitiatory for heavenly graces. Four centuries have passed since August 18, 1602, when Borgo Santa Caterina became the protagonist of a prodigious event. At midday, a star that appeared in the sky emitted 3 rays of light on the deteriorated fresco of Our Lady of Sorrows, painted on the wall of a house by G. Giacomo Anselmi, giving it back its original beauty, as if it were just painted. On the same day of the apparition and on the following days, as the chronicles tell us, numerous healings occurred.

A few years later, the Sanctuary of Our Lady of Sorrows was erected, a building that today can be admired in its renovated nineteenth-century layout, flanked by the bell tower and preceded by the marble column of Zandobbio, with a square base, and bearing the group of Our Lady of Sorrows at the top. Inside, the pictorial decoration is a unique element intended to convey the devotion to Mary, hosting the painting by Anselmi, detached from the wall of the house, and other religious works by Francesco Zucco and Giuseppe Riva. Among the ex-votos there are two paintings depicting the crossings of the village, without looting and stealing, with the protagonists of the armies of E. Savoia and Vendòme, during the war for the succession of Spain, and the Austro-Russian troops; well, the village was spared. Was this another miracle of the Virgin?

Let us now look at another important place of worship in the borgo: the parish church dedicated to St. Catherine of Alexandria, whose first traces date back to the thirteenth century and where, according to  tradition, the faithful went every morning, before starting any kind of work, “to obtain forgiveness”. The current building, including the bell tower with 5 bells, was designed by the Bergamo architect and sculptor G. Battista Caniana and consecrated in 1738 by the bishop Monsignor A. Redetti, as you can read in the plaque under the pulpit. The church’s artistic endowment includes many paintings by famous artists, such as C. Ceresa and E. Salmeggia (the Talpino), as well as artists from the Borgo and the Bergamo school; in particular, there are three canvases dedicated to Saint Catherine, kept in the apse basin, depicting her martyrdom and episodes of her life. The artistic enrichment of the parish was made possible by the economic contribution of the local residents, the “borghigiani” who, although not wealthy, today as then retain a strong spirit of community.

The concept of faith is a characteristic of the borgo, which also opens up to dialogue with art, which finds its maximum expression in the Accademia Carrara, located on the extension of Via Santa Caterina, on the slopes of Bergamo Alta. This museum was created at the end of the eighteenth century by Count Carrara: at his death he decided to pay homage to his passion for art by donating his art gallery to the community, which since then has been enriched thanks to private donations and is still administered “pro populo” by the municipality of Bergamo. Today the permanent collection includes 600 works of art, including paintings and sculptures, exhibited in 28 rooms and signed by important Italian and foreign artists, which offer the museum a perspective of art that goes beyond national borders and is the “House of Culture” of Europe. The large spaces, well-lit by large windows, give back a cosy atmosphere, where every room can be visited as if it were a small thematic exhibition.

The Church and the medieval cloister of the Celestine monastery, with its square plan, date back to the 14th century and stand unexpectedly in the midst of modern buildings. The architectural lines and simple structure reflect the canons of the Benedictine Order far from the glitz, but over the centuries the church was expanded and made more “baroque”, with a large scale and the addition of frescoes, stuccoes and carvings inside.

The Suardi Park is the green space not to be missed, opened in 1950, dotted with games and attractions for children and crossed by wide paths, ideal for a romantic walk. Here stands an epigraph dedicated to 3 exponents of dialectal poetry: against the background of their witty verses the history of the village and its inhabitants, a place of life and sociality for artists and citizens.

One of the most beloved and participated religious and popular feasts of Bergamo is the feast of the Apparition, which is celebrated on August 18, with spectacular fireworks, social dinner along the Via Santa Caterina and a procession that culminates in front of the Carrara Academy.

Another summer event is represented by the Friday of the Borgo: for 4 consecutive Friday evenings in summer (June-July), the golden Borgo closes to traffic and is populated by markets, workshops for children, music, shows, while bars and restaurants move into the street.

The casoncelli are the traditional dish, fresh hand-made pasta stuffed with meat, which was created to reuse the leftovers cattle and pigs and then enriched year after year.

The Bigio biscuit, born in San Pellegrino Terme, made according to the same recipe since 1934 and sold only by selected shops. It is a very fragrant golden shortbread, bewitching and intense on the palate. The Donizetti’s sweets is a speciality of the historic Camponuovo pastry shop, founded in 1947; “osei” polenta, for those who love almond paste. The stracciatella ice cream, which was born in Bergamo, is also delicious.

What is “BORGO”. The literal translation of Borgo in English would be “Village”. But the term Village does not fully explain what a “Borgo” is. A “Borgo” is a fascinating small Italian town, generally fortified and dating back to the period from the Middle Ages to the Renaissance.
Category: Lombardia25 June 2019