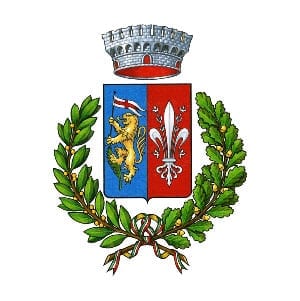 The two centres developed along the route of the Strada dei Setteponti, where a series of parish churches and fortifications with political and religious control of the territory were built in the XI century, including the parish church of S. Maria a Scò and the Abbey of S. Salvatore a Soffena, whose presence, however, is already testified in a document dated 1014. It was then entrusted to the Vallombrosan monks in 1090.

The name Castello Franco originates from the relationship with the Florentine Republic that founded this “Terra Nuova” at the end of the 13th century, as an outpost for defensive purposes. To populate this part of the countryside, Florence freed for ten years from taxes the citizens who had wanted to move to this part of the countryside called “di sopra” (which means “above”), because it is located upstream of Florence.

The crags and mountain peaks of Valdarno, between Florence and Arezzo, attracted the attention of scientists such as Leonardo da Vinci, who used them as the background for many of his paintings and drawings. Particularly fascinating are the crags of ”acqua zolfina”, not far away from the panoramic road of Sette Ponti, from which, at the junction with the provincial road of Botriolo, the medieval tower of Castelfranco can be seen, framed by mountain peaks.

As well as other “new lands”, Castelfranco di Sopra has an urban planning that recalls the roman castrum, with its orthogonal streets and the central square where almost all important buildings are located: the Palace of the Supreme Magistrate and the Church of St. Peter (no longer present).

The lots have multiple measure expressed in “Braccio fiorentino” unit (58cm), and as you slowly leave the centre, you see the heights of palaces declining and the width of streets decreasing.

According to Vasari, it was the famous architect Arnolfo di Cambio to project this town. Florentine imprint still can be seen, not only in the town streets but also in its houses, especially in the first part of via Maestra,  completely similar to the line of houses in Florence city centre.

On the square, the Municipal Palace still has its ground floor and prisons preserved. On its façade, there are symbols of power and in the council hall, the fresco of Madonna del latte (end of the 14th century) is worth seeing.

Descending down Via Cavour, you’ll see the Church of San Filippo Neri, that has a façade from 1761, even though the original church was built in 1631 and enlarged in 1666. On the central altar, from the 18th century, there is a painting of San Filippo painted by the Florentine Matteo Rosselli, but even more interesting is “Vergine col Bambino” from Andrea del Sarto’s school, located in the lateral chapel.

At the end of Via Cavour there is Torre d’Arnolfo, also called Porta Campana, the only remaining tower. The tower is decorated with the Florentine lily and exposes the date of its construction (1300) carved on its façade.

Casa Campa in via Piave has a horse with the Florentine lily carved on its façade, in order to indicate where once the post office was and where the horses were left to stay.

On the other side of the street there is the Cappella della Compagnia dei Bianchi, built in the 16th century.

Via Arnolfo is also very interesting to go through. Another particular building is the 18th century Palazzo Sassolini, a palace located in Via Veneto, where the rest of the buildings from the 15th and the 16th century can be found. Finally, in Via Roma street, there is Municipal Theatre named Wanda Capodagli, very important for the Castelfranco community.

Not far away from the borgo, there is the marvelous monumental complex of Badia di San Salvatore a Soffena made up of church, cloister and convent. In 1090 the monastery was entrusted by the Pope Urbano II to the monks of Vallombrosa and in 1394 today’s church was built. The interior of the church is full of frescos painted by painters from Siena and Florence art schools, among them “Madonna col Bambino” by Paolo Schiavo and a majestic “Annunciazione“ of Maestro del Cassone Adimari, by many identified as brother of the great Masaccio.

The countryside above the road leading to Sette Ponti is full of farm houses and houses with towers, small hsmlets and ruins of feudal castles. All around, a landscape of olives and agriculture fields shaped as the scale of terraces.

Above Sette Ponti, there is the area of Balze, where our tour started.

Like everywhere in Tuscany, the most important products are olive and wine: the first, with its strong flavor and not at all sour, is perfect with a slice of toasted bread or with famous zolfini beans. Wine is excellent, especially the Chianti Doc from Colli Aretini. Appreciated by many are the meat and cheese from local animal farming which are exported all over the world. Pratomagno porcini mushrooms and honey are also very famous. Typical dishes are those of traditional Florentine cuisine, presented in Castelfranco in a variety of versions. Among all, croutons with spleen and liver, tomato soups, alla diavola chicken, celery and schiacciata with grapes. Special mention goes to the Valdarno chicken meat.

What is “BORGO”. The literal translation of Borgo in English would be “Village”. But the term Village does not fully explains what a “Borgo” is. A “Borgo” is a fascinating small Italian town, generally fortified and dating back to the period from the Middle Ages to the Renaissance.
Category: Toscana14 March 2018