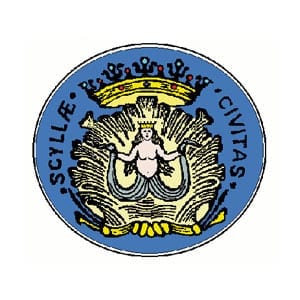 Chianalea is the oldest hamlet of the municipality of Scilla, which takes its name from “piano della galea” (galley deck), but it is also called Acquagrande or Canalea, because the little houses built directly on the rocks are separated one from the other by small alleys, like channels, which descend directly into the Tyrrhenian Sea.

Chianalea is a fisherman’s village, lying on the coast of Calabria between the Tyrrhenian Sea and the slopes of Aspromonte.   If you walk through the charming little alleyways, you can easily meet the fishermen outside their homes making fishing nets, repairing their boats or preparing to leave for fishing. The waves of the Tyrrhenian Sea almost penetrate the houses, which continually face the force of the water; at night the silence amplifies the impressive sound of the sea, a  which provides the musical background to the village’s life. On the “Scaro Alaggio”, where the fishermen anchor their boats to repair them from the waves, stands Palazzo Scatena with its double row of squared stone balconies. Nearby is the eclectic Villa Zagari, built in 1933. The ancient fountains, scattered here and there, the squares and churches, each with its own history, the cliffs and rocks which shatter into the sea, offer a natural landscape of rare beauty, watched over by the austere Castle of the Ruffo family standing on the rock belonging to Homer’s monster. Built for military purposes, this imposing building was turned into a residential home by the count Paolo Ruffo, who took over the fief of Scilla from the preceding lords in 1532. From the Castle there is a spectacular view of the Eolian islands and the Sicilian coast.

The territory does not only offer sword fish, but also some very good wine obtained from the zibibbo grapes and the fragrance of its verdello lemons. Sword fish is cooked according to traditional recipes either in the oven, in the frying pan or in sauce with maccheroni.

What is “BORGO”. The literal translation of Borgo in English would be “Village”. But the term Village does not fully explain what a “Borgo” is. A “Borgo” is a fascinating small Italian town, generally fortified and dating back to the period from the Middle Ages to the Renaissance.
Category: Calabria11 January 2018