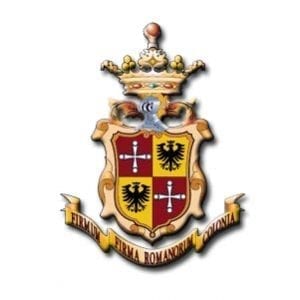 The name Torre di Palme originates from Palma, a Picen city founded in the 6th century BC and afterwards conquered by the Romans.  Palma was a port on the coastal area between the Tesino and Chienti rivers, called in the ancient geographical maps “Agro Palmense”, and was mentioned by Pliny the Elder for its fine wine, known as “Palmense”.

A fierce medieval castle with a strong defensive system, perched on a rocky spur overlooking the sea, Torre di Palme historical center was built thanks to the Augustinian religious movement. The narrow streets of the Borgo, nestled between the brick façades of the houses, offer a spectacular view of the surrounding hills and of the sea.

The Gothic church of Sant’Agostino stands on the main street, just beyond the ancient Priori Palace dating back to the 12th century but which underwent numerous renovations. Inside the Church you will find  a valuable polyptych by Vittore Crivelli, which was stolen in 1972 and then recovered with some missing parts.

A profusion of glazed colors on a golden background defines the images of the Saint, lined up at the two sides of the throne on which the Virgin and the Child sit. Worth to be noted in the church is a painting by Vincenzo Pagani, a painter of the sixteenth century from the Marche Region.

Going further on the main street, you’ll reach the church of Santa Maria a Mare, whose original Gothic plant is still visible even if the Church structure was modified several times over the centuries. The 14th century earthenware basins embellish the façade and the bell tower while, on the left wall of the presbytery, there is a gentle representation of the Madonna of Loreto, frescoed by an unknown local painter from the school of Paolo da Visso. Outside the church you can have a wide panoramic view on the sandy shores of the Adriatic Sea and on the modern marina of Porto San Giorgio.

The local typical dishes are homemade pasta such as vincisgrassi, (a Marche version of lasagna9, the macaroni of Campofilone, mixed fried breaded meat  and olives “ascolana” style.