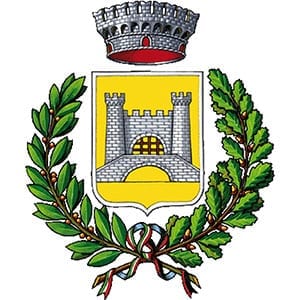 The place name derives from the Latin word stipulae (“straw”) which indicates the straw tow left on the soil after the wheat harvest. The term “Etroubles” may also come from the langue d’oc word etrobla, meaning “fields covered with straw”.

The medieval borgo of Etroubles deserves particular attention. A walk through old cobblestone streets, beautiful fountains from which the fresh water coming from the Vélan mountain flows, recently restored old houses made in local stone with roof tiled with lose, the local slate, the bell tower and the nineteenth-century church with frescoes: the ideal way to spend a few days of freedom.

A unique project in the Valle d’Aosta was carried out by the city administration in May 2005: “An open-air museum” thus uniting the picturesque mountain landscape to artistic works of great quality. Visitors will have the chance to admire 21 works of art scattered in the borgo, signed by world-renowned artists, on display 365 days a year.

Two other museum are worth of note: the dairy factory and the Bertin hydroelectric power plant.

The first dairy in the Valle d’Aosta was founded in Etroubles on July 24, 1853.
Farmers stockpiled the milk to produce the typical fontina cheese. Inside the old place is a museum illustrating the various phases of cheese, butter and ceras production with the original equipment of the time.

Bertin hydroelectric plant, built by Mrs. Josephine Bertin, brought electricity to the Valley of the Gran San Bernardo in 1904; now it is a municipal property, and a museum containing documents, objects and equipment recovered during the renovation of the building.

Worth a visit are also the five chapels of the area: the Bezet chapel dating back to 1742 and preserving some valuable frescoes; Echennoz chapel, founded in 1440, with its mural paintings; Eternod, remodeled in 1935 on a former 17th century church; Saint Roch, also recently remodeled, Vachery, with a beautiful carved wooden altar.

The veillà is a representation of ancient crafts. For one night, Etroubles and its people recall the past, fortunately not yet entirely forgotten.

The old crafts revive in the main and side streets, rural life bound to agriculture (the cheese and fontina cheese processing, the threshing of wheat, sheep farming and wool processing cycle…), to craft (iron beating, sawyers, seamstresses and the making of “landzette”, the carnival costumes…) and to ancient social life (laundresses and their laundry at the fountain, players of morra, smugglers, chimney sweeps, the teacher with students…).

Then there are various dining options, with different specialties: mixed grill with vegetables, soup, cream with raspberries and bugie (a typical fried cake), seuppa freida, coffee, wines from Val d’Aosta.

And more over, traditional live music shows and a parade of traditional carnival masks that recalls in an ironic way the passage of Napoleon, with the ancient and typical costumes called landzette. During carnival time, this parade of masks go around the town and the nearby villages on Thursday and Friday before Mardi Gras, cheering the cold winter days with folk-songs and dances.