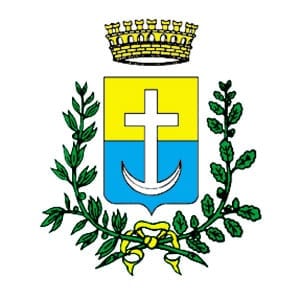 The borgo was born as a bulwark against the frequent and devastating Turkish incursions, it was built by Venetian architects with a military ultimate aim, with wide streets intersecting at right angles (in order to facilitate the movements of troops).

Between 1647 and 1717 (with the princes of Eggenberg) there was Gradisca’s golden age, a period of remarkable economic, civil, demographic and urban development. Noble dwellings and aristocratic palaces were built, changing the military soul of the borgo in a residential one.

Apart from these noble buildings, two structures were erected by public initiative in the historic center between 1656 and 1695: the Loggia of the Merchants, conceived as a meeting place for the local nobility and later a reference point for the merchant class, and the Palazzo del Monte di Pietà, built to confront the usury practiced by the Jews.

During the government of Della Torre, also Palazzo Torriani was built (1730), a beautiful mix between an aristocratic palace and a country dwelling. This structure, today the Town Hall, is without doubt the most important in Gradisca.

Walking along the perimeter of the Venetian walls, designed by Leonardo da Vinci, you can admire six towers and two gates (Porta Nuova and Porta del Soccorso). Inside the walls there is the Castle, Palazzo del Capitano is the heart of the castle.

There are also some religious buildings to visit: the Duomo with its lovely Baroque facade, and the Church of the Addolorata, built in the 15th century.

What is “BORGO”. The literal translation of Borgo in English would be “Village”. But the term Village does not fully explain what a “Borgo” is. A “Borgo” is a fascinating small Italian town, generally fortified and dating back to the period from the Middle Ages to the Renaissance.
Category: Friuli - Venezia Giulia4 March 2018