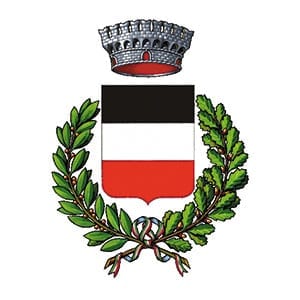 The name derives from the Latin word fagus, beech tree (from which Faganeu and then Fagagna). It refers to the forests that once covered this part of Friuli.

Fagagna is made up of seven ancient and separate hamlets that developed together into a single urban centre over the last decades.

A fascinating route made up of old cobblestone pavements connects the village square, the castle, the small rural church and, running through the forest, arrives to a small military building that is about to be transformed into a small museum. Even now, leaving the municipality building, you can go uphill and reach the castle by old paved roads (Vicolo Morcjùte and Via Cecconaia).

On the top there is Palazzo della Comunità, which was the administrative and judicial headquarter of the Fagagna community from the beginning of the 16th century until 1797, and the castle ruins, the oldest part of which date back to the 11th century.

Continuing along another paved street, Via Salizzada, you arrive to the  Pieve di Santa Maria Assunta. It was probably built on some pre-existing early Christian ruins in the 13th century and its bell tower that shyly appears behind the castle has been watching over the borgo for centuries.

From the church, passing along some panoramic streets such as Via dei Tigli and Via della Pieve, you get to a small fortified house dating back to the 14th century and finally to the Farmer’s life Museum, housed in Cjase Cocèl, a typical 17th century country house. Here, a long pause is mandatory because this is, perhaps, the most lively  and complete museum of  farmers’ daily life in Italy. All  the rooms from the Friulan past are recreated; from the kitchen with its fogolârto the bedroom and the barn: the smells of the stables signifying the presence of animals, of grape must because wine was produced, of carbon in the forge, the fragrance of baked bread and flour in the mill. There are ladies making lace using a spindle; a miller; a smith; and finally the tavern, where you will find a glass of wine waiting for you.

You can fall back into the past, but immediately return to the present by entering the small Church of S. Leonardo (14th century) with its 14th century evanescent frescoes. Again, you face an ancient small street (Vicolo degli Orzinutti),and  another couple of streets.  In Via Umberto I is  Palazzo Nigris (18th century), you then return to the town square. From the Town Hall, another itinerary starts, towards Borgo Paludo.

Once you’ve passed Palazzo Asquini and Palazzo Pico (the first, built in the 17th century, was the residence of a noble family; the other is a type of factory building, where once tobacco was treated), you get to the old district, where you can see Palazzo Pecile (18th century) and a line of old houses with nice main entranceways (Via Paludo and Via Lucca).

From Via Paludo you can go back to the castle and to the church in order to leave, passing through a panoramic road (Daûr Glesie road) to a First World War small blockhouse and from there, following the road across the  open countryside (Riva di Cjastenêt) you get to Borgo Riolo, built at the end of the 16th century.

Pilgrims can make a tour of the seven churches, where five old organs can be found: in the Parish church of Madrisio there is one made by Nacchini (1752); the Comelli’s, one from 1788, with its splendid inlayed ebony and ivory keyboard, is preserved in the Church of Santa Maria Assunta in Fagagna. In the Parish church of Villalta there is a “Callido” dating from 1792. Organs made by Valentino Zanin (1827) and Beniamino Zanin (1903), are, respectively, in the churches of Ciconicco and  S. Giacomo in Fagagna.

Finally, the Castle of Villalta is worth visiting, but only from the outside, because today it is a private property. It stands in the middle of the countryside with its tower and walls  from 1216, when it was mentioned for the fist time in the local chronicles as the property owned by the noble Villalta family.

The famous Fagagna cheese is the real heirloom of traditional dairy manufacturing. The farmers cooperative for dairy products, established in 1885, was the first of its kind in Friuli. Today, there are two cheese factories that still continue to guarantee the quality of cheese produced with unpasteurized milk, with an unmistakable taste thanks to the herbs collected in the fields around Fagagna.