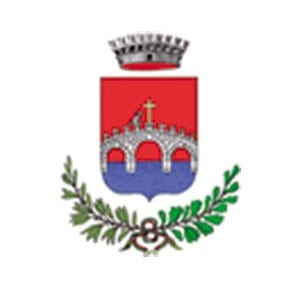 Entering through Porta di Sotto, a round arch dating back to 1835, we find immediately on our right Casa Marcurele the oldest building of the Borgo, built in the eleventh century in Romanesque style with mullioned windows in bas-relief. Proceeding northwards, we find the fourteenth-century Palazzo degli Scaligeri and the Palazzo Zinutti, a thirteenth-century palace with an elegant balcony with wrought iron parapet and baroque doorway.

The 1400 Romanesque-Gothic Cathedral is considered the monument of restoration after the 1976 earthquake. Consecrated in 1338 by the Patriarch of Aquileia Bertrando has a T-shaped cross plan, consisting of a nave and a large transept, with three presbyters and two towers, the organ in the Cathedral of Venzone dates back to 1792 by the master organ builder G. Callido.

In the front churchyard of the cathedral we find the Chapel of San Michele built in 1200, the current seat of the Mummies of Venzone, their history dates back to 1647, when the mummy of the “hunchback” came to light, the first of about forty extracted from the tombs of the Duomo, the natural mummification of the bodies exposed here is due to special environmental conditions that have occurred in some tombs in which the Hypha bombicina Pers. develops, a mold that has the property of dehydrating the tissues inhibiting their decomposition.

Strolling through the historic center we’ll come to Casa Calderari, fourteenth century. from the welcoming inner courtyard, which is also the seat of the Tourist Office, we reach Piazza Municipio, where the Palazzo Comunale stands, a Gothic palace built in the early 1400s, restored in the early 1500s and equipped with a clock tower, whose outer facades are decorated with a series of coats of arms of the most ancient noble families, refined by the mullioned windows in Gothic style – in bloom – and the Palazzo Radiussi, a noble residence with three-light window in Gothic – Venetian style of the fifteenth century with a seventeenth-century portal.

Continuing north of the square we find Palazzo Orgnani Martina, a noble palace of the eighteenth century. now home to the main museums and temporary exhibitions, in front of the former palace Radiussi, palace of the fifteenth century. with Renaissance balcony and mullioned window gothic – flowered.

After the former Augustinian convent, a 15th century building with a portico and loggia from the 17th century, we find the remains of the Church of St. John the Baptist, built in the 14th century, whose ruins bear witness to the violence of the 1976 earthquake, which spared only the main façade of the building, with the portal bearing the architectural features of the Gothic style with capitals decorated with figures and floral motifs.

The village of Venzone is surrounded by an interesting double circle of walls of the thirteenth century, a large moat surrounds the first wall that forms an embankment on which is built the second, interspersed with rectangular section towers, on the south-western corner stands a polygonal tower. Interesting is the north-western corner of the walls, which climbs a hill and where there are two towers that dominate the road communication

Just outside the fortified town you can enjoy the view by exploring the paths of the Julian Prealps Natural Park or walking through the ancient Celtic path that connects the fifteenth-century churches that surround the village in a unique and pleasant environment.

The Rose of Venzone is the typical bread, born by chance from a piece of dough handmade to form a rose to pay homage to the borgo; such bread has the peculiarity of being made with precious flour wheat milled in stone, its rising is totally natural and fat-free.

The local cheese production is excellent: do not miss to taste the numerous aromatic cheeses, both fresh and aged.

The typical dish of Venzone is fresh hand-made pasta, with different seasonings depending on the period of the year: tagliatelle with mixed mushrooms, vegetable tagliolini, frico (a kind of omelet) with pumpkin.

What is “BORGO”. The literal translation of Borgo in English would be “Village”. But the term Village does not fully explain what a “Borgo” is. A “Borgo” is a fascinating small Italian town, generally fortified and dating back to the period from the Middle Ages to the Renaissance.
Category: Friuli - Venezia Giulia4 January 2018