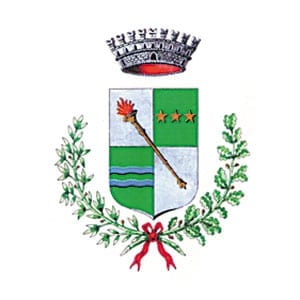 The name has Roman origins, deriving from Claudius or Clavilius (from Clavius), probably the name of the local landowner.

The borgo of Clauiano maintains a precise identity, made of stones and pebbles, piéris and clàps, of  the decoration and ambition of the portals, of the environments of rural life.

There are two important religious buildings. Just outside the borgo, secluded, stands the church of San Marco, dating back to the fourteenth-century origins, but extensively remodeled in 1700. It has a rectangular hall with a semicircular apse and traces of frescoes of the first half of the fifteenth century.

The church of San Giorgio in its present appearance dates back to the eighteenth century but its origin is older. It has a longitudinal plan and is composed of a rectangular hall and a polygonal apse. The sixteenth-century baptismal font attributed to Pietro da Carona is remarkable.

In the historical centre of Clauiano the oldest buildings date back to the 15th century and are located mainly around the church of San Giorgio and in via Borgo San Martino. Other interesting buildings dating back to the seventeenth and eighteenth centuries have the typical Friulian architecture: the front overlloking the road, a beautiful stone portal and the inner courtyard. Each house has its own history, worth to discover.

Casa Gardellini (15th century) is considered the oldest house in the borgo, it has a white and red decoration on its façade with lozenge motifs.

Villa Ariis is a typical 18th century Venetian-Friulian manor house complex with a large vegetable garden surrounded by a crenellated wall with two stone columns. The façade has a stone portal surmounted by a mullioned window and, above, the St. Mark Lion. The two stone patera, on either side of the first floor, are perhaps the memory of ancient libations to the divinity.

The complex of buildings that form the Palladini house is located within a typical Friulian court of the eighteenth century. The layout is in the shape of a Z on two courtyards, overlooked by houses, cottages and the manor house. Here you will admire the typical fireplace with hood in Venetian style, the colomnade of the loggia, the sundial on the main façade, the stone column supporting the portico in front of the stable, the stone basins of the sink and in the courtyards, the fireplaces of the granary.

The nearby Bellotto house dates back to 1791 and has a façade with exposed masonry and a central arched portal with stone ashlars.

The Bosco manor house was transformed into its present shape in the 18th century; the façade of the rustic buildings, on a road source, bears inscriptions and geometric decorations of the 16th century. Casa Foffani is a 19th century urban palace with 18th century stuccoes on the ceilings. The rustic buildings were used in the 18th century for the production and conservation of wine (which still happens today), tobacco, grain and for the breeding of silkworms. Villa Manin is a valuable eighteenth-century noble residence in the Friulian plain. Belonging to one of the most important families of the Serenissima, also known for the majestic villa of Passariano, it was a large production center, as evidenced by the buildings that were to serve agricultural activity, including the foledôr, the huge vathouse next to the manor house. The villa, of classical forms, is preceded by the court of honour. Here, as elsewhere – Casa Menotti, Casa de Checo, Casa Marcuzzi Zanuttini, Casa Zof Piano – the splendid portals and the squared stone windows confirm the dignity of the place and of the people.

What is “BORGO”. The literal translation of Borgo in English would be “Village”. But the term Village does not fully explain what a “Borgo” is. A “Borgo” is a fascinating small Italian town, generally fortified and dating back to the period from the Middle Ages to the Renaissance.
Category: Friuli - Venezia Giulia11 January 2018