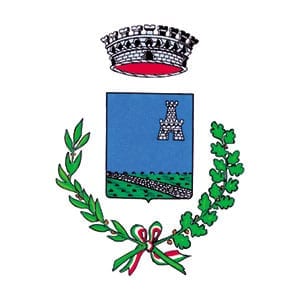 Toppo (Tòp in local dialect/Tuppaz in Lombard language) means ”top of the hill” but for other historians it means ” big fallen tree”.

Since the XIII century the Borgo of Toppo has been divided in two parts, separated from the Gleria river: in the east side the area around Furnace street, Nazario Sauro street and the church of San Lorenzo; in the west side,  the Pino hamlet, with the  Verdi street and Castle street.

Palazzo dei Conti Toppo was once one of the eight masi (rural dwellings). In 1220 these eight buildings formed the ”Village of Toppo and Pino” but in the 16th century there were 25 masi (as reported in some documents). After the 1976 earthquake, the restoration revealed that at least three masi were in the areas once occupied by Roman settlements.

Palazzo Toppo-Wassermann, near the castle, in the Pino hamlet, was the business headquarter of the Toppo family but also their holiday resort. The entrance door, dated 1543, has got a Latin writing on its lintel: “Opened to let the good guys in and closed to the bad ones”. There are two preserved frescoes of sacred popular art (XVII century) and a statue of Santa Lucia.

The other masi are all worth a visit to admire frescoes, little churches, dwellings, ancient fountains and pleasant paths immersed in the nature.

The Val Cosa salted cheese is creamy and soft. It is used to prepare the local omelet.

What is “BORGO”. The literal translation of Borgo in English would be “Village”. But the term Village does not fully explain what a “Borgo” is. A “Borgo” is a fascinating small Italian town, generally fortified and dating back to the period from the Middle Ages to the Renaissance.
Category: Friuli - Venezia Giulia29 December 2017