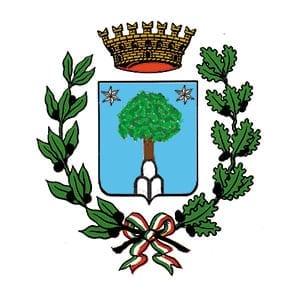 Its “magic force” lies in the charm of the roughly cut stones and wooden balconies, sincere and austere architectural elements that also give a sense of intimacy and meditation in the enclosed courtyards, which can be accessed through a narrow arch, or in the long rows of sixteenth and seventeenth-century houses. Not even the earthquake of 1976 was able to scratch the local stone houses – sandstone or limestone – with three or four floors, with deep wooden balconies, characterized by the side protections developed vertically, joined together as if seeking protection.

The beauty of the borgo lies precisely in its absence of truncated and elegant buildings and in the humble reality of pillars, stairs, balconies and stone arches, in perfect harmony with the surrounding nature. In recent years, peace and silence have attracted many artists, who are enchanted by its simplicity and lack of magniloquence. Poffabro and its surroundings do not boast, for example, large churches with wonderful artistic treasures, but votive capitals scattered almost everywhere and minor churches born from a strong, though naive, devotional need, sometimes linked to singular episodes, such as the choice of the site for the construction of the oratory of San Floriano in Crociera (XV century), indicated, it seems, by a flock of sheep who stayed there.

Thus also the church of San Nicolò is first of all the sign of an undeniable faith, claimed through its anomalous dimensions if compared to those of the other buildings of the village. The current appearance of the church, with its majestic white façade, was already outlined at the end of the seventeenth century, but was often the subject of restoration and rebuilding, reported with the utmost precision in the parish registers, because of the frequent earthquake tremors. The poverty of the place was such that the sacred furnishings were made from outside (from Concordia Sagittaria in the province of Venice, as reported in a chronicle of 1587) and were added to the few objects purchased with great sacrifices by the population. The church preserves some wooden sculptures by Giacomo Marizza and a wooden altar of the seventeenth century.

Near Poffabro you can visit the sanctuary of the Beata Vergine della Salute, built in 1873 in Pian Delle Merie in neoclassical style.

What is “BORGO”. The literal translation of Borgo in English would be “Village”. But the term Village does not fully explain what a “Borgo” is. A “Borgo” is a fascinating small Italian town, generally fortified and dating back to the period from the Middle Ages to the Renaissance.
Category: Friuli - Venezia Giulia5 January 2018