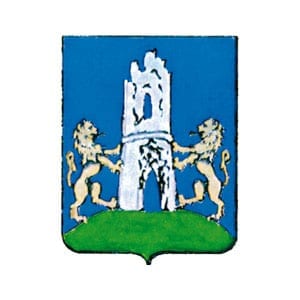 The Borgo was originally named Pietra perciata (later pertosa), due to the great mass of rock at the entrance of the Borgo, pierced from side to side, and meaning “perforated stone”.

The Borgo rises at the end of a road full of hairpin bends, a landscape made of intended and sharp pinnacles, sloping rocks and ridges touching the sky, that reminds a Northern Italy Dolomite scenery but in the very Southern Italy. Pietrapertosa is inside the Gallipoli Cognato and Dolomites of Lucania Park, characterized by the typical fantastic sandstone shapes. Entering the Borgo, you’ll have to cross a boulder to reach the built up area; Pietrapertosa appears in the form of an amphitheatre, protected by rocks against which the winds of the north break. There are no valuable buildings, nor aristocratic or Renaissance palaces. Rather, ancient mansions with splendid portals combine to one or two storey houses, until you’ll get to the secret heart of this Borgo, the Arab quarter; this looks like a lava stream of houses flowing between rock walls, a small kasbah in a nest of sandstone. The Arabs settled here following the Prince Bomar, living in direct contact with the rock, in stone houses covered with stone slabs, connected each other by steep, winding streets. There are just few ruins of these buildings but, despite the flowers at the windows, the Arab quarter has not lost the severe atmosphere of the time. Pietrapertosa is close between the Mother Church and the Franciscan monastery, which are the two most important historical religious buildings. The Mother Church, on the upper side of the Borgo, is dedicated to San Giacomo Maggiore; the result of many alterations since its construction in the fifteenth century, today it has two aisles and houses two paintings by Antonio Ferro (1606), a wooden choir, the organ by Carelli and some frescoes in the first aisle. The Church and Convent of San Francesco (1474) also preserve precious works of art such as the paintings that adorn the side altars, by Filiberto Guma (an “Immacolata” 1628) and by Pietrafesa (1631) and, in the presbytery, a magnificent altarpiece by Giovanni Luce from Eboli (early XVI century), which recalls the International Gothic style; by the same author are the frescoes on the side walls of the chancel. The church also houses a wooden choir carved with scenes of the Apocalypse (XIV century. In the presbytery are two tombstones dating back to the fifteenth century by an unknown sculptor. The convent is organized around a square cloister with a central cistern. In the Borgo there are several chapels that bear witness of the religious sentiments of this peasant society: those of the Madonna del Rosario, of San Rocco, of the Purgatory and the small red brick building of San Cataldo, at the foot of the castle. The Norman-Suevian castle, even if in ruins, is absolutely worth visiting for the unique landscape of rocks, sky and rooftops that can be enjoyed from its top. This is a very suggestive place, because full of remembrances like those of Costanza d’Altavilla, mother of Frederick II, who would had sat on the “throne of the queen”, carved into the rock. Going on in to the silence of Pietrapertosa, along Via Garibaldi, you will notice many fine portals: those of the ancient mansions that renew their glories every time someone meets a typical rustication (Casa Zottarelli) or a mask (House Verri).

The work of some skilled carver who produces small wood tools still survive in the borgo, generally with the decoration of a cock or a horse on top of the handle.

Traditional dishes can be tasted during festivals and feasts: in Carnival, the rafanata (a sort of omelette made with eggs, horseradish and cheese); in October the chestnuts, in Santa Lucia la cuccìa, a mixture of wheat, chickpeas, boiled broad beans and seasoned with little salt. In Pietrapertosa you cannot miss to taste excellent pork sausages and fresh pasta (do not miss the cavatelli with the mollica and pastry), roasted lamb and wild vegetables, often cooked with cotechino.

What is “BORGO”. The literal translation of Borgo in English would be “Village”. But the term Village does not fully explain what a “Borgo” is. A “Borgo” is a fascinating small Italian town, generally fortified and dating back to the period from the Middle Ages to the Renaissance.
Category: Basilicata5 January 2018