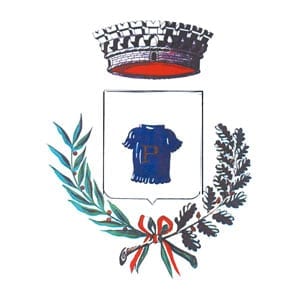 The panorama is one of the most beautiful in Abruzzo (in ancient times these areas had fascinated Ovid in his “Amores”). Here in Pettorano, you will look around and think of all the life that used to pulsate in the borgo, while wandering aimlessly through the many small streets, the rue, the characteristic descending streets, that make their way down to the city walls, winding among stairways, courtyards, old buildings with walls often chipped and crumbling. The old cobblestone streets, the Cantelmo family’s coats of arms faded by time, the Baroque portals and the inscriptions on the façades, the stone of the ancient houses, the line of the city walls, and the mountain that envelops the town like a pearl in a shell: once you’ll visit Pettorano you will never forget it. The borgo took on its present day shape in the late Middle Ages, when the circuit of walls was erected with six gates, five of which can still be visited: Porta San Nicola (above the arch a 17th century fresco shows St. Margaret holding up the borgo in her left hand), Porta Cencia, Porta San Marco, Porta del Mulino (which gives access to the industrial archeology park, composed of the remains of mills built by the Cantelmo family along the Gizio river) and Porta Santa Margherita. There are many important buildings within the walls, most renovated after the 1706 earthquake, such as the Mother Church, reopened for worship in 1728. Among the religious buildings, worthy of a visit are the small Church of San Nicola outside the walls, already existing in 1112, and the Church of the Madonna della Libera, from which the rue depart,  leading to the river valley and passing through interesting architectural stratifications. The other churches, San Rocco, San Giovanni and Sant’Antonio, retain little of their original structure. The imposing remains of the Cantelmo Castle, today restored, watched over the borgo during the long period of abandon after the castle no longer served for defense and for control purposes. The pentagonal tower that still soars above Pettorano was the core of the defense system, around which the walls with their six gates and the two remaining circular towers were erected. The Ducal Palace was the other domain of the Cantelmo’s, their private residence, divided into three wings around a square court, with the fourth side open to the valley. The inner courtyard (now Piazza Zannelli) has a beautiful fountain. Lastly, many fine buildings that evoke the richness of a bygone era: Palazzo De Stephanis, the façade of which is a triumph of Rococo style; Palazzo Croce, which preserves inside the only fragment found in the West of the Edict of Diocletian (301 AD); Palazzo Giuliani, another important building of the 18th century, and Palazzo Vitto-Massei.

Until the 1950s, polenta (corn meal mush) was the only dish consumed by all those people of Pettorano who passed long periods away from home digging coal with billhooks and axes. For these humble colliers, polenta flavored with just a bit of herring, was their breakfast, lunch, and dinner. There are many famous local dishes such as Polenta rognosa, always cooked in a copper cauldron and cut into slices with a string. Other typical dishes of the area are mugnoli, cazzarielli, gnocchetti made with flour and water.