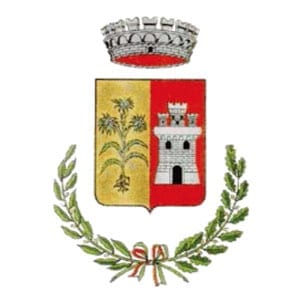 Petralia Soprana was founded by the Sicanians from the Madonie. Conquered by the Arabs, it was called Batraliah (from batra, “stone” and lialh, “high” ). The Normans renamed it Petra Heliae, “stone of Elijah”, in honor of the prophet Elijah, considered the founder of the Discalced Carmelites Order.

You may start your visit from the three viewpoints: Loreto – u castru in Sicilian dialect – from where you can admire the Etna, Enna, Caltanissetta and the valley of the Imera river; Carmine, instead, offers the view of western Sicily toward Palermo; from  piazza Duomo viewpoint you can see Gangi, with the Etna in the background. Loreto Square is situated in the upper side of the Borgo; here you can visit the church of Santa Maria di Loreto, rebuilt with a Greek cross plan. This church offers the splendid marble altarpiece attributed to Giandomenico Gagini (XVI century) depicting four episodes of Jesus life.

From piazza San Michele, which has in the middle a circular fountain and takes its name from the church dedicated to the saint, you will arrive to piazza del Popolo, with a neo-Gothic town hall, once an ancient convent of the Discalced Carmelites; the palazzo Pottino of the Eschifaldo marquises with nineteenth century frescoes is another palace belonging to the Pottino’s. Along the street in front of the town hall, you can admire the eighteenth century church of the Collegio, with a single nave in Baroque style. Going on, you’ll arrive to Piazza Frate Umile Square, dedicated to the capuchin monk from Petralia, author in 1623 – the year of the black plague in Sicily – of 33 crosses carved in wood that are scattered in southern Italy and abroad. In the adjacent Piazzetta Ruggero VII is the oratory of the Anime Purganti. Continuing on along a narrow road you will arrive to the scenic piazza Duomo, where the Mother church dedicated to the Apostles Peter and Paul stands. The interior is divided into three naves supported by twelve columns representing the Apostles. In the right aisle, the first crucifix made by Friar Umile (1623), that already presents the extreme realism of his style. From piazza Fontana you can reach the church of the Savior who has an elliptical plan, perhaps corresponding to that of the mosque transformed into a Christian church by the Normans. Its proximity to the castle would support this hypothesis. Enlarged in the second half of the Eighteenth Century, the church preserves paintings and sculptures, including a San Giuseppe of the sculptor Filippo Quattrocchi.

Last but not least, do not miss to visit the church of San Teodoro in the homonym small square of irregular shape. With a short walk you will get to the convent of the Frati Minori Riformati, erected with the adjacent church in 1611. The magnificent façade of the church with its ornaments and basreliefs with floral motifs, recalls the exuberant Spanish decorativism. Nearby, the eighteenth century Villa Sgadari is one of the most beautiful Baroque villas of the Madonie. In the hamlet Raffo, a large salt mine still provides the famous “salt of Sicily”. Outside the Borgo, the church of the Trinity preserves a baptismal font of the Eighteenth Century.

The traditional sweets have ancient orogins, such as u risu duci, the cucchiam made in Christmas time, the aceddu (this is an Easter sweet), cinnamon biscuits and the sfuogghiu.

The soups are widely appreciated: lentils seasoned with wild fennels, chickpeas, chicory and the borage; when these vegetables are cooked together they create the virdura maritata.

What is “BORGO”. The literal translation of Borgo in English would be “Village”. But the term Village does not fully explain what a “Borgo” is. A “Borgo” is a fascinating small Italian town, generally fortified and dating back to the period from the Middle Ages to the Renaissance.
Category: Sicilia5 January 2018