MUNICIPALITY OF CASTELMOLA
(only the historical center)
Messina District
Altitude
m. 550 s.l.m.
POPULATION
1075 (675 in the borgo) 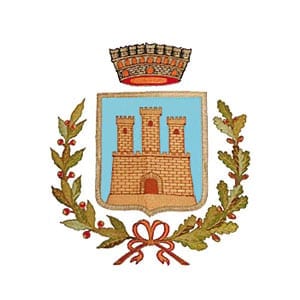 Myle was the name of the ancient borgo. Castelmola derives from the Norman castle dominating the town center and from the shape of the rock on which it stands, which vaguely resembles a millstone (“mola”).

Castelmola looks like a balcony overlooking Taormina, the view from here is dazzlingly beautiful: you can see, among a myriad of prickly pear cactus, the majestic Mt. Etna, the Ionian coast, the gulf of Giardini Naxos, the Cape of Sant’Alessio, the strait of Messina and the nearby Calabrian coast.

The Borgo is perched at the top of endless winding curves. Passing by the entrance,  tiny streets cross and meet in the main square, revealing the medieval town. Doors and windows are framed with the local stone and the colors of the houses vary from ocher to beige to antique pink, the sloping roofs are still covered with “Sicilian style” clay tiles, the street signs, the house numbers and shop signs are in stone and wrought iron.

The ancient Arch that marks the entrance to the Borgo remained isolated after the building of Piazza Sant’Agostino in 1954; the limestone steps on which it stands enhances its beauty. In the square, paved with a white lava stone mosaic, with its tree-lined sidewalks with stone benches and the scenic viewpoint with sweeping views of Taormina, you will be brought back to an ancient Sicilian atmosphere. The Church of Sant’Antonio is very old and overlooks the square. Today it is a municipal auditorium. The imposing Norman walls are what remains of the castle-fortress. A marble plaque on the façade of the cathedral with Greek-Byzantine inscriptions of the 10th century states: “this Castle was built under Constantine, patrician and strategist of Sicily.” It probably refers to Constantine Caramalo, the last strategist of Taormina, who in the 9th century prepared the defense against the Arabs. At the top of the arch of the castle entrance is the inscription “Castle Loyal to His Majesty the year 1578.” The fortress of Mola was important in the Middle Ages and during the wars between the French and the Spanish. Descending from the rock, you’ll arrive to Via De Gasperi, the Borgo main street, which links Piazza Sant’Antonino with the southern quarter. Shops on this street sell Sicilian souvenirs, lace and embroidery, works done by the local women. On Piazza Duomo there is the Mother Church, which was redone in 1934 over former Romanesque and Gothic styles. Inside there are four marble altars set facing each other, a handsome pulpit, and a wooden statue of Mary Magdalene by the Bagnasco school. The main entrance is on the side off the square, and faces a scenic outlook with a view of Mt. Etna and the gulf of Naxos. On the shortcut to Taormina one comes across a small square/scenic outlook with the little Church of San Biagio, simple and humble, the first built in Castelmola after St. Pancrazio brought Christianity to Taormina.

The barrel vault and façades are the result of recent restoration work. Inside there is an 18thcentury fresco, and outside another gorgeous view. Also worthy of a visit are the water cisterns from 367 BC and the ancient Porta Saraceni (Saracens’ Gate) along the walkway called the Via dei Saraceni or Piano delle Ficare a name which comes from the many figs and prickly pear cactus (fico d’India) growing all around, and where the many stones in the retaining walls for the embankments were once part of some ancient house or bastion. The steps of the Piano delle Ficare were recently restored. A tour of the village ends with the Church of San Giorgio, built in about 1450, with a fine bell tower and an admirable wrought iron gate. In the Annunziata quarter there is the small Church of the Annunziata, built in about 1100 by the Norman king Roger in thanks to the Holy Virgin for the victory over the Saracens.

Castelmola is the land of almond wine. Don Vincenzo Blandano, owner of the historic Caffè San Giorgio would offer it to welcome guests who had made the climb up the hill of Mola, and thus he can be considered its inventor. It is made with almonds and orange essence. Whole wheat bread, homemade macaroni, honey, cuddure (Easter “doughnuts” made with eggs), sugared almonds, must cake, dried figs with walnuts, wine, olives and capers are the products from this generous land.