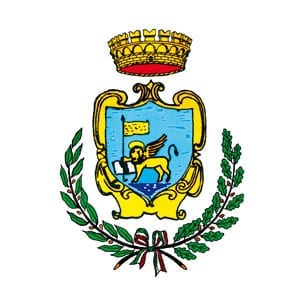 The ancient Greek place name Alòntion became Haluntium under the Romans, it was then called Demenna by the Byzantines and San Marco by the Normans. The borgo took its current name of San Marco d’Alunzio in 1867.

You may start your visit from the highest part of the borgo where you can see the ruins of the Castle of San Marco, built by Roberto il Guiscardo in 1061 on what remained of a preexisting fortress. Outside the walls, before entering the old town, you can visit the Church of San Marco. This church was built on top of the Temple of Hercules (IV sec. BC), of which just a few blocks of tufaceous rock remain. The church, which is totally roofless, maintains only the stone walls and a portal that has been rebuilt. Among the twenty-two churches of this area, the most interesting are the Church of San Teodoro, which is also known as Badia Piccola, which was built in the sixteenth century on the ruins of a Byzantine chapel. It has a Greek cross plan with each square arm ending in a small dome and the interior is decorated with beautiful stuccos in the style of Giacomo Serpotta.

The Benedictine Convent, built in 1545, was recently renovated to accommodate the Byzantine-Norman Museum. On the ground floor, two of the three apses in the Chapel of the Quattro Dottori, XI sec. were restored. They are decorated with wonderful Byzantine frescoes, the ones in the right apse are very well preserved; in the conch, a Madonna with delicate hands, unfortunately it is not possible to see her face, separated by a clear line that symbolizes the separation between heaven and earth, the Four Scholars of the Orthodox Church – San Giovanni Crisostomo, San Gregorio Nazianzeno, San Basilio Magno and Sant’Attanasio – stand out on a blue background. In the Church of San Giuseppe is a parish museum which houses sacred furnishings and wooden reliquaries and in which a Virgin Odigitria in polychrome wood, a beautiful wooden statue of Mary Magdalene (XVII sec.), and a painting of the Deposition (XVIII sec.) are preserved.

The Church of the Madonna Annunziata stands at the beginning of the borgo almost as if it were the guardian of this area, it was probably built on the ruins of a pagan temple but over the centuries it has undergone several transformations, some of which are documented by Byzantine frescoes that were found under the plaster on the walls. It is a small church with one nave that houses a beautiful white Carrara marble statue of the Virgin Mary (XV century), on whose pedestal a medieval town is depicted; the hands and the head of the statue are made of plaster because the originals were destroyed during a Saracen incursion. Walking through the old town along the central Via Aluntina, you will find the Mother church of San Nicolò, which has a sober façade enriched only by three portals made from local red marble that also was used inside. In Piazza Sant’ Agostino, is the Church of Santa Maria delle Grazie, which houses the funerary monument of the Filangieri family, by Domenico Gagini (1481), with a beautiful, sweet and serene looking statue. On your right is the eighteenth century Church of San Basilio, with the remains of an open gallery with pointed arches. Going on, you’ll get to the seventeenth century Church of the Ara Coeli, which has a portal flanked by fluted columns and enriched by spirals and floral decorations. Inside the church, in the Chapel of the Holy Crucifix which is decorated with fine stuccos depicting saints by Serpotta, lively cherubs, angels and garlands of fruit; it preserves an expressive seventeenth-century wooden Crucifix of the Spanish school. Standing isolated in the direction of the foorball court is the Church of San Salvatore, also known as Badia Grande, because it was annexed to an important convent of Benedictine nuns, which is now in ruins, it was founded by Queen Margaret of Navarre. The elegant portal, made of local red marble, is embellished with columns, angels and cherubs. Inside the visitor is received by a riot of angels playing the trumpets, allegorical figures, puttos playing and supporting drapes, cartouches and garlands of flowers. The wealth of friezes and ornaments of the Serpotta School and the decoration of stucco culminates in a sumptuous drape hung from the wooden baldachin that is placed on the tabernacle of the gilded wooden high altar, by Don Corrado Oddo of 1704.

The San Marco salami is a typical product whose secret lies in the quality of the pork and in the right proportion of other ingredients that are used to make it. Some say the recipe dates back to the age of Norman conquerors.