MUNICIPALITY OF savoca
only the historical centre
(Messina District)
Altitude
mt. 303 a.s.l.
POPULATION
1742 (156 in the borgo) 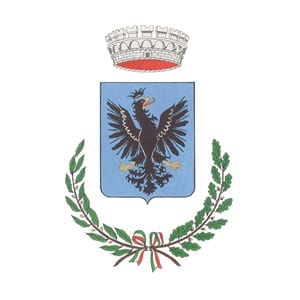 The name seems to derive from the elder tree (in local dialect savucu) that once grew spontaneously in this area. A twig of the elder tree is depicted in the borgo’s coat of arms.

Savoca welcomes the visitor with streets paved in basalt blocks of lavic rock, the restored houses with their roofs in Sicilian tiles, stone portals and windows, the elegant façades that offer the colours of the ancient Savoca. If you look at the urban configuration, you can see that the houses are rarely adjacent and more often separated by cliffs, broken up by the rocks, where the elder trees grow spontaneously. Ruins, narrow streets and cisterns dug into the rock give the place its special charm, it is dominated by the Pentefur Castle, that was probably built by the Arabs and later enlarged by the Normans, but which also echoes its mysterious Aboriginal founders. During the Middle Ages Savoca was a walled city enclosed by two gates, one of which still exists. Going through the fourteenth century City Gate, formed by a pointed arch made from local stone, you will enter the old centre where the old Town Hall and Palazzo Archimandritale, of which only a few traces remain. Nearby was the Jewish synagogue, which was documented up until 1470. The Church of San Michele, dear to the Archimandrites, was built prior to 1250, and was also a place of worship for the castle. The façade includes two beautiful portals in Gothic-Siculan style with sandstone arches. Inside there is one nave, which was partly been rebuilt in Baroque style, which contains various works of art, aristocratic tombs and frescoes. According to a documented tradition, non believers, who converted to Christianity, had to climb on their knees, the seven steps of the church, as an act of penitence before being baptized. The Church of San Nicolò, which is improperly called the Church of Saint Lucia, due to the statue of the patron saint of Savoca that is kept there (the statue of San Nicolò was sold), dates back to the beginning of the thirteenth century and also belonged to the Archimandrites. Built on a massive rocky spike, it seems to stretch out into the air. The church that today appears with a nave and two aisles and has the vague appearance of a fortress overlooking the valley below, was once served by Greek chaplains. One of the famous sets of the Godfather movie was the Vitelli Bar, housed in Palazzo Trimarchi, an eighteenth century palace. The most important monument of Savoca is the XII century Mother Church, which had jurisdiction over all other urban and rural churches of the region. It has one nave and two aisles with capitals in Romanesque style. The original construction dates back to the Norman period. In its basement corpses were mummified and today the rooms in which this empirical procedure was practiced still exist. This was the seat of the Archimandrites and the wooden throne, that is still preserved, was carved with the Archimandrite’s coat of arms. Recently some late medieval wall paintings have emerged that are identifiable with Byzantine iconography. There is a painting depicting St. John Chrysostom, the founder of the Christian Church in the East. Near the Mother Church is a late medieval building with a sixteenth century mullioned window. It is worth visiting the catacombs, where up until 1876 corpses were mummified using ancient Egyptian methods. The mortal remains of local notables, the patrician and the abbots, wearing clothes from the beginning of the nineteenth century, are visible in the niches of the crypt of the Capuchin Monastery, which was founded in 1574. Finally, it is worth visiting Mount Calvary, an ancient hermitage that in 1736 the Jesuits turned in to a church, here you can find the route of the Via Crucis, whose stations are partially dug into the rock.

Only in Savoca you can taste the famous Sicilian lemon granita, a crushed ice drink, served with the zuccarata, a local biscuit. Other particular products from Savoca are the cunzatu bread, a bread seasoned with olive-oil, chili hot pepper and oregano, and the cuzzola, which is a fresh dough made with natural leavening, fried in olive oil and grilled on charcoal. Do not miss to taste the lemon cake, pastries made from almond paste and the cannulicchi, a crispy wafer filled with chocolate, confectioner’s custard and lemon.