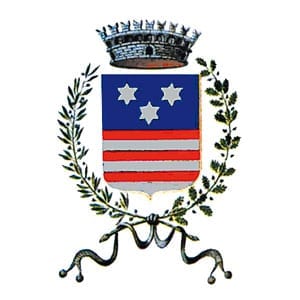 The borgo’s name derives from the Greek word Jerax, (“vulture”), referring to its ancient origins as a fortified place.

Geraci Siculo, rising on a rocky hill, has an urban structure made of narrow and winding roads, small paths and courtyards of medieval origin.

Your visit can start from the “Bevaio della SS. Trinità“, built by marquis Simone Ventimiglia, with a rectangular shape 20 mt. long with two lateral stone fountains. From here, walking along the cobbled paved Via Biscucco, you’ll get to the castle, probably of Byzantine origin, that under the Ventimiglia family became a military fortress.

Overlooking the towers and loopholes, the Church of Sant’Anna dominates these ruins. Inside, the palatine chapel of the Venimiglia family, where, it is thought, Sant’Anna’s skull had been kept from 1242, and successively transferred to Castelbuono.

Immediately nearby is the Church of S. Giacomo, where a 14th century precious wooden crucifix is preserved. There are also a Byzantine fresco (14th century) and a wooden statue of the saint (18th century).

Continuing along the small medieval streets you’ll get to the Embrasure in Largo Greco, and finally to Piazza del Popolo,  Geraci’s meeting place, with the Church of the College of Maria (1738), with one nave, and the Mother Church. The Mother Church of Santa Maria Maggiore, consecrated in 1495, is rich in interesting works of art, such as an alabastrine marble baptismal font, by Gagini’s studio, dating back to the end of the 15th century, and other splendid marble statues by the same artist representing Madonna della Neve, Madonna della Mercede and Madonna con il Bambino, as well as 17th and 18th century wooden statues made by unknown Sicilian sculptors. The wooden choir is also monumental, as well as the Annunciazione painted by an unknown painter in the 16th century. The treasures preserved in the crypt are also worth visiting, among them, important gold and silver religious objects used during the Mass, such as a 14th century ostensory by a Florentine goldsmith, and sacred canonicals delicately embroidered.

Continuing towards Corso V. Emanuele, you’ll get to the Church of S. Stefano with its particular bell tower with polychrome ashlars. Built at the beginning of the 17th century, it has an irregular Greek cross plan and preserves a prestigious wooden statue by an unknown artist representing Saint Stephen (16th century) and a painting attributed to Giuseppe Salerno (1609), one of the two artists that used to depict the Virgin Mary and that were both called “Zoppo di Gangi”.

Another itinerary can start from the northern side of the borgo, from the Church of  S. Bartolomeo, where you can admire a polychrome wooden statue of the saint by an unknown skilled sculptor (18th century) together with an excellent marble polyptych on the high altar by Antonello Gagini (1475). The Gagini’s studio offers another masterpiece made of polychrome marble on the high altar triptych in the Church of Santa Maria La Porta built in 1496 in Via S. Bartolo. In this church Sicilian masters made many painted wooden sculptures, such as a remarkable and dramatic 17th century wooden sculpture of crucified Christ and a marble statue of Madonna con Bambino attributed to Domenico Cagini (1475); there is also a 15th century fresco of the Madonna called Madonna in trono col Bambino.

Carrying along the street on your right, there is Vicolo Archi with the Church of S. Giuliano and the Benedictine Convent and, further on, you’ll get to Piazza S. Antonino, with a church dedicated to S. Francesco.

Descending along Via Nuova you are in Piazza Municipio, where you can admire the old church of San Rocco.

Finally, outside the borgo, there are other things worth seeing, such as the Church of Santa Maria della Cava, an old monastery founded by the Normans (1090) that seems to emerge from the forest like an ancient vision, with its ogival portal and remains of some Byzantine frescoes, and the small Chapel of Saints Cosma e Damiano with its Gothic portal. Here, every year on the 27th of September, a religious service in honour of the two saints is celebrated.

The cheese: ricotta, caciocavallo, “primosale” cheese filled with anchovies. Olives and tomatoes dried under the sun, eaten with small cubes of roasted pecorino cheese are also delicious. Only in this area, green beans are grown and widely used in local cuisine. An example is a sauce made of meat and potatoes called a pittrina ca fasola. Wood art craft and wrought iron art craft along with embroidery, are much appreciated.

What is “BORGO”. The literal translation of Borgo in English would be “Village”. But the term Village does not fully explain what a “Borgo” is. A “Borgo” is a fascinating small Italian town, generally fortified and dating back to the period from the Middle Ages to the Renaissance.
Category: Sicilia24 March 2018