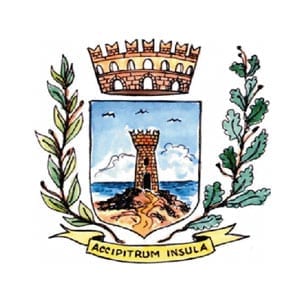 Carloforte owes its name to the King of Sardinia Carlo Emanuele III who favored its foundation in 1738.

The extreme western part of Italy is the small island of St. Peter, whose only inhabited centre, Carloforte, was founded in 1738 by Ligurian fishermen who, two hundred years earlier, had moved to the islet of Tabarka, in Tunisia. To them, impoverished for the impoverishment of the coral banks and almost enslaved by the Bey of Tunis, King Charles Emmanuel III of Savoy offered the island of St. Peter, so that they could populate and make it grow.

The town is located in a wonderful position close to low wooded hills, overlooking  the arm of the sea that separates St. Peter from the mother island, and in view of the cliffs of sugar cake and the islands of the Sulcis archipelago. The most recent part of the borgo was built in a narrow sandy strip of land, while the old town dates back to the first period of colonization (1738-1780) and corresponds to the first nucleus designed by the military engineer Augusto de La Vallée.

The old town centre is characterized by winding streets and steps that climb from the lower area towards the high ground, and consists of the three quarters: Castello, Calcinate and Cassebba. In the narrow streets, the small houses are mostly whitewashed, with a single opening in the street and small windows. Next to them are some stately homes that belonged to the most important characters of the Ligurian colony of Carloforte. Going up from the sea towards the Castello quarter from one of the innumerable stairways, you’ll find yourself in a labyrinth of narrow streets. You’ll climb and wonder if we are really here in Sardinia. The houses, as high as for a hidden desire for air, light and sea, have the taste of the Mediterranean, colors that evoke the Ligurian homeland or that land of Africa remained as the unconscious origin of the population. A jubilation of shades will accompany you up to the walls, or what remains of the fortifications built in the early nineteenth century to protect the country from the violence of pirates Barbary. The walls are opened by the Leone gate, so called because surmounted by a feline head, which has become a symbol, in the town, of the mistral wind that insinuates itself from there and blows with leonine strength. Recently restored, the walls are dominated by Santa Teresa fort, now a private residence, and from the less showy Santa Cristina fort, from which the view sweeps over the rooftops of the borgo, the nearby ponds and the strip of land where stands the Astronomical Station, housed in the fort San Vittorio, built in 1767 to protect the entrance to the port. The walls enclose the original residential nucleus in a protective embrace; here the first families of tobacconists settled in 1738, they also built the church, the buildings reserved for the troops, the king’s cistern and the mighty Carlo Emanuele fortress, at that time the seat of the guard and now used as the Duke’s House Civic Museum. The main entrance gateway to the borgo is the arch of Via Solferino, enclosed between ancient houses, balconies and balconies, once the entrance to the Casa Porcile, one of the most important families of the newly formed town. You are now in  the Calcinate (or Cassinée) quarter – whose name derives from the lime kilns present here in the past – into an ups and downs that reserve unexpected surprises, such as the rocky bastions or the curious cross of the Rooster, situated inside a private garden, religious symbol where the instruments of Christ’s passion stand out. We are in the most typical part of the place. Following the scent of salt,  you’ll arrive to the seafront, near which are the flashy Palazzo Rombi, the eighteenth-century residence of the French consul, and the cinema-theatre Cavallera, formerly the House of the Proletariat (1920-22). On the waterfront, fishermen have their own warehouses where they continue to patch the nets and, the older ones, to weave the pots.

Tonno alla Carlofortina  (Tuna Carlofortina’s style) is the main dish of this delicious Mediterranean cuisine with strong Ligurian and Arabic influences. There are dozens and dozens of recipes based on tuna. In Liguria, the tabarchine cuisine has maintained the presence of pesto, focaccia and gachas (Fainò): worth tasting are first courses such as cassulli cu pestu and curzetti, and a single course such as chickpea gachas. Of Arabic origin is cashcà, a variant of Tunisian couscous, made only of vegetables.

What is “BORGO”. The literal translation of Borgo in English would be “Village”. But the term Village does not fully explain what a “Borgo” is. A “Borgo” is a fascinating small Italian town, generally fortified and dating back to the period from the Middle Ages to the Renaissance.
Category: Sardegna22 March 2018