MUNICIPALITY OF castelsardo
only the historical centre
(Sassari District)
Altitude
m. 114 s.l.m.
POPULATION
5500 (600 in the borgo) 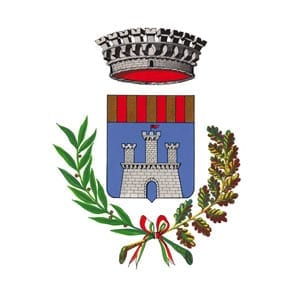 The borgo changed its name under each rule. Founded in 1102 with the name of Castel Genovese by the Doria family of Liguria, in 1448 it was called Castell’Aragonese by the Spanish, who granted it the privilege of becoming a città regia (“royal city”). Finally, it was renamed Castelsardo in 1769 by the ruling Savoy Family.

Perched on a large promontory facing the sea, Castelsardo with its Citadel, Casteddu quarter – the maze of twisted narrow streets in the old town – offers an enchanting vision. In fact just about anywhere you look, from any perspective – with the exception of the view of the modern quarter of Pianedda and the seaside area by the Marine – the promontory of Castelsardo offers picture-postcard views, especially of the Castle, which today houses the Museum of Mediterranean Basketry and Wickerwork and is also used for conventions and cultural events. With its endless steps and the labyrinth of narrow streets lined with the typical tall, narrow houses, and stone paved squares, the historic center preserves the layout it has had since its founding in 1102, over 900 years ago. One of the most important monuments is the Cathedral of St. Anthony Abbot, the town’s patron saint, visible from several miles out at sea, thanks to its bell tower tiled with colored majolica.The church was built in 1503, and contains one of the most precious retables in Sardinia, made by the “Master of Castelsardo.” This work, which dates from before 1492, is composed of four polyptych elements painted with a combination of tempera and oil on a gilt panel, revealing the artist’s skill in mastering the Flemish figurative style, which gives great importance to light. Furthermore, the artist succeeded in adapting the new spatial requirements of the Italian Renaissance to the Gothic structure imposed by the retable. Inside the church there are beautiful furnishings, such as the 18th century altars carved from juniper wood.Not far away, surrounded by high walls that provide a backdrop to the square before it, is the Church of Santa Maria, the seat of the Confraternity of the Holy Cross, where the very old sacred performances begin during Holy Week. The church holds a number of important treasures, such as the Pieddai, a painted wooden statue of the Blessed Virgin, and especially the wooden crucifix of the “Black Christ,” the oldest in Sardinia, made by the Benedictines in the 1300s and carried in procession during the famous holiday of “Lunissanti.” The settlements in the Castelsardo area, however, go back to much before the Middle Age, even as far back as the Neolithic, as can be seen from the numerous nuraghe constructions built in the surrounding area, and from the Domus de Janas. One of these, the “Rock of the Elephant”, thus called because of the particular appearance it has taken on from weathering, goes back to the Copper Age. It is on the road to Sedini, and across from it is the Paddaggiu nuraghe, which is from the last stage of the nuraghe period and is still well preserved. Another monument from this remote period is the Ispighia nuraghe, located in the locality of the same name, in a strategic position above the Frigianu river valley. On the western side, the Castelsardo promontory stretches out into the sea toward Asinara island, closing off the entrance to the port of Frigiano and offering sea vessels a safe harbor, while on the other side it lowers into the sea. It is here that the Romans built one of their landings, Cala Austina, still today a beautiful bay.

Women can still be seen sitting on the stairs of the tiny streets of the old borgo, weaving baskets from the dwarf fan palm, following a tradition handed down from mother to daughter since the time of the Benedictines in the 14th century. The older fishermen instead use rushes to make nasse, coneshaped lobster pots.

Spaghetti with sea urchin or with lobster, and all seafood- based dishes in general. The best time for eating sea urchins is in winter, from January to March, whereas for lobster it is better to wait until summer, because in the colder months the temporary closing of the fishing season must be respected.

What is “BORGO”. The literal translation of Borgo in English would be “Village”. But the term Village does not fully explain what a “Borgo” is. A “Borgo” is a fascinating small Italian town, generally fortified and dating back to the period from the Middle Ages to the Renaissance.
Category: Sardegna13 January 2018