MUNICIPALITY OF bosa
only the historical center
(Oristano District)
Altitude
mt. 2 a.s.l.
POPULATION
7880 (2000 in the borgo) 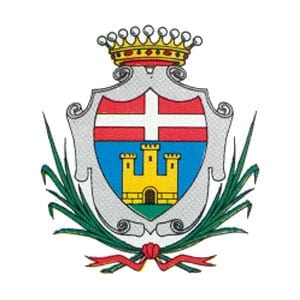 The Phoenician name was Bs’n, which simply means “the people of Bosa”, a collective ethnic name, reported in an epigraph of the VIII-IX century B.C.

Palms along the river swayed by the wind, a line of low tannery buildings, the river stone paths of the medieval quarter and moreover, its green nuances, its blue sea, and if you are lucky, the griffins flying around the Castle of Malaspina. This is what you’ll see when you look at Bosa: a strangely fascinating place, uncertain between the river and the sea, of nondescript colours, of strong but introspective feelings, like those who feel deeply rooted in a culture. Of Phoenician origin, Bosa is located on the north western coast of Sardinia; it is the main town of the agricultural Planargia region. The Roman town was built along the river, close to the Basilica of San Pietro extra muros, now in open village, was built in Romanesque style in 1062, it has a beautiful XIII century façade. Due to Saracen pirate raids the old borgo was abandoned and a new settlement – the one you can see today – was built around the Malaspina’s Castle, a military fortress built in 1112, with the Church of Regnos Altos in which XIV century Italian-Provençal frescoes are preserved. The medieval borgo developed around the hill dominated by the castle, in correspondence with the Sa Costa quarter, it is characterized by a network of alleys that follow the contour of the hill, each linked to the other by trachyte staircases, on which the houses wind, in an apparent disorderly and spontaneous architecture, combining very simple houses and valuable buildings in an urban mix which is one of the most original in Sardinia. People who live here are patient, engaged in embroidery and gold filigree, activities which require old fashioned gestures: the same gestures made by women when weaving wires. Despite frequent raids, this community has grown, accumulating treasures: palaces, churches, works of art and the scent of the Malvasia wine that comes from the sunny vineyards, almost hidden in the cellars at the bottom of Sa Costa, where it can be tasted today. The “living room” of the borgo is Sa Piatta, the main street, corso Vittorio Emanuele where, near Ponte Vecchio, you can find the Cathedral of the Immaculate dating back to the fifteenth century and rebuilt in the XIX century, with its paintings by Emilio Scherer, who also decorated the Church of Santa Croce. Leaving Sa Piatta you’ll come across the Church of the Rosary topped by a two faced clock dating back to 1875, the lower part of the façade is made of red trachyte, and a small square with a marble fountain, surrounded by the arches of Palazzo Delitala (XVIII century) and Palace Don Carlo (XIX century). Another interesting place is the Church of Carmine with its Convent, which then became the Town Hall, built in 1779 in typical Piemonte Baroque style, because in 1720 the region was governed by the Savoy family. Inside the church the precious polychrome marble of the main altar (1791) and those of the Chapel of Our Lady of Mondovì glitter in the dim light. Going towards the sea, on the opposite side of the river, in front of the medieval hamlet of Sa Costa, is the tannery district of Sas Conzas, an architectural nineteenth century area. Today the Bosa Tanneries are a national monument, a splendid example of industrial archaeology. Once in Bosa Marina, you must visit the Church of Stella Maris, completed in 1689 by merging Catalan-Gothic elements and Renaissance forms, and the great Aragonese Tower of Isola Rossa, which overlooks the wide beach, it is a good example of military architecture from the sixteenth century. At the end of our walk through Bosa we will remember images of: the languishing river at sunset, the view of Sas Conzas from the footbridge and that of the Cathedral of the Immaculate from Ponte Vecchio (the Old Bridge), the mysterious frescoes in Regnos Altos, the red trachyte façade of St. Peter, the domes of Stella Maris, the faces of the people standing in doorways of the houses of Sa Costa, the paintings of Melis, the ochre trachyte which disperses the darkness of the Aragonese nights.

The vineyards of the famous amber coloured Malvasia wine are the setting for the old town where it is still possible to see old women intent on weaving Bosa filet, using looms to embroider traditional designs. Another traditional activity is the manufacture of gold filigree.

What is “BORGO”. The literal translation of Borgo in English would be “Village”. But the term Village does not fully explain what a “Borgo” is. A “Borgo” is a fascinating small Italian town, generally fortified and dating back to the period from the Middle Ages to the Renaissance.
Category: Sardegna12 March 2018