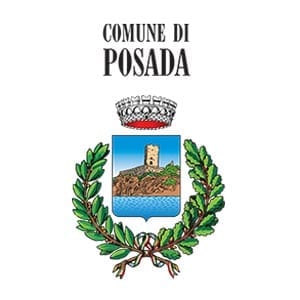 The name derives from the Latin pausare, which means “to rest, to stop”.

Posada offers several attractions for those who want to immerse themselves in the most uncontaminated nature and experience the deepest traditions. The Rio Posada delta, an appendix downstream of the Tepilora Regional Fluvial Park, and its whole network of canals and ponds, offers marvelous natural landscapes, enriched by the presence of different ornithological species that here find the ideal conditions for nesting. The monuments of Posada allow a journey through the epochs: the vast plain dominated by the borgo takes us back to ancient times through the Nuraghi; human presence at Posada (in Sardinian language “Pasada”) dates back to the  Neolithic age (4500-1800 BC). The “Tombe dei Giganti” (Giants Tombs),  Paule Predu and Pilusinu, as well as the many nuraghe constructions (Predu Pascale, Mount Idda, Pitzinnu, Mannu and Abbaia) all date back to the Nuragic period of the Bronze age, all of them are scattered in the surrounding territory. The Castello della Fava dominates the entire landscape, and, together with the Church of St. Anthony, refers us to the Middle Ages, an era that saw a flourishing rebirth and economic and political rise of Posada. A walk through the narrow and colorful alleys is a must: enchanting views in which the greenery of the lush plain and the blue sea that blends with the sky offer in every corner of the ancient breathtaking scenery of the borgo.

The lush plain surrounding Posada is continuously irrigated and enriched by the Rio Posada, which guarantees a constant production of vegetables and fruits of rare quality and entirely free from pollutants.
The culinary tradition of Posada, together with the particular fertility of its territory, enhances the taste and flavour of the local traditional dishes. Do not miss to taste S’ Aranzada, a dessert of difficult preparation that only skilled hands can make and that preserves its original recipe unchanged for centuries.

What is “BORGO”. The literal translation of Borgo in English would be “Village”. But the term Village does not fully explain what a “Borgo” is. A “Borgo” is a fascinating small Italian town, generally fortified and dating back to the period from the Middle Ages to the Renaissance.
Category: Sardegna4 January 2018