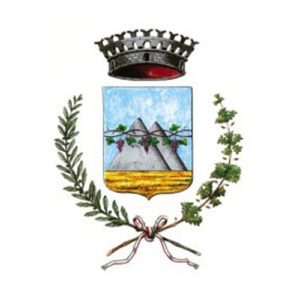 Giorgio di Valpolicella, in medieval times nicknamed S. Giorgio Inagannapoltron, when the word poltron (lazy person) was added to the toponym “S. Giorgio in Ganna”, deriving from ganne, a pre-Roman name meaning “heap of stones” or “rocky place.” In medieval times the Borgo of S. Giorgio was linked to an intense activity of stone extraction and workmanship.

The Parish Church of St. George of Valpolicella, in the center of the Borgo, dates back to the VII-VIII century. It is one of the most ancient place of worship of the territory and it is still in use. The church was built on the remains of former ancient buildings and features three aisles and two contrasted apses. It was restored at the beginnings of the XII century, as proved by the Romanesque structures in the oriental side of the building and by the bell tower. Through a small door in the southern side of the church you can enter the cloister: a small architectural jewel that become all red-lighted at sunset. Worth a visit is also the archaeological area, accessible from the cloister, in the back of the oriental apse. Here you can admire the remains of some buildings of the Iron age and a cistern for the harvest of the water that was used in the workmanship of  metals.

Beside the Church and facing the square of the Borgo you can find the Museum-Antiquarium. It contains all the finds from the prehistory to the Roman age found in the area. In the museum you can also admire the fossils preserved in the layers of the sedimentary stone on which the whole Borgo rises.

A characteristic of the Veronese hills, particularly in Valpolicella, are the terrazzamenti (terraces) realized with drywalls, called marogne. It was a huge operation of remodelling of the mountain slopes, favoured by the abundance of hand-work and by the availability of material. It also had the advantage of preserving the ground from the erosion of the waters.

In the outskirts of S. Giorgio there are numerous marble and stone caves. It is a particular type of red marble, called S. Ambrogio. The caves, today in disuse, offer a magic scenery and are rich in history and fascinating stories of this territory.

In the area there are also numerous paths , such as the “path of the Health” connecting Gargagnago (The village of the Amarone) with S. Giorgio. There is also a whole net of  routes, paths and little streets starting  from S. Giorgio towards some interesting spots in the surroundings, such as Ca’ de la Pela, with his strong Austro-ungarian Fortress, the Mount Solane, Caranzano and many others.

This is a land of DOC And DOCG wines (Amarone, Recioto, Valpolicella, Valpolicella Superiore and Ripasso) as well as excellent extra-virgin olive oil. In summer, the typical fruit is the cherry, while stone caves and laboratories are witnesses of an ancient artisan culture.

What is “BORGO”. The literal translation of Borgo in English would be “Village”. But the term Village does not fully explain what a “Borgo” is. A “Borgo” is a fascinating small Italian town, generally fortified and dating back to the period from the Middle Ages to the Renaissance.
Category: Veneto4 January 2018