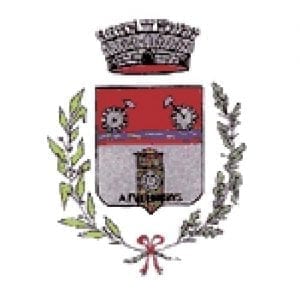 The borgo is located north of Treviso, at the foothills of the Alps, between the town of Vittorio Veneto and Valdobbiadene, in an area famous for the Conegliano Valdobbiadene Prosecco Superiore Docg wine.

Follina’s centuries-old history began in the XI century with a group of Benedictine monks, to whom the Cistercians succeeded from 1146 (year of foundation of the Abbey of Santa Maria in Sanavalle) to 1448. For more than two years Santa Maria in Sanavalle has been a hub of the Cistercian culture and in its own small way it expanded, building woolen mills and millstones and draining the area between Piave and Livenza. The monastic art, aimed at the creation of beauty, with its arches, capitals and columns and with its light games, has left us masterpieces such as the cloister finished in 1268, the wooden crucifix of the Baroque age and the fresco of 1527 by Francesco da Milano.

Right at the foot of the Abbey stands the Barberis Palace, build by Francesco Fadda, who since 1666 juxtaposed the production of more refined fabrics to that of simple wool clothes.

In 1800,s, only the smallest woolmills were capable to face the market recession, such as the one founded in 1795 by Gaspare Paoletti. Today, Lanifico Paoletti is the only surviving handicraft of a secular tradition, rewarded by fashion brands who use its fabrics for their collections.

At the end of XIX century also silk production underwent a recession and in that time the Serica della Marca was born, in one a unique reality that provides silks, yarns and fabrics to the most prestigious fashion brands. An important driver for the industrial recovery of the area.

Even today, the Abbey is the center of cultural life: in June it hosts the Concerts of Alta Marca, in the wonderful location of ancient Refectory,  counting on the presence of the great violinist Uto Ughi, honorary citizen of Follina. According to legend, the Abbeywas built after the finding of the sculpture La Madonna col Bambino (Our lady with the child), today placed in a niche of the main altar. The mysterious sculpture is supposed to date back to the VII century.

The Spiedo (meat skewer) is the classic local dish, served with mushrooms and preceded by a first course made of local herbs.

Follina is part of the network “Primavera del Prosecco”, an important festival promoting the famous Prosecco wine through tasting events and the exhibitions.

What is “BORGO”. The literal translation of Borgo in English would be “Village”. But the term Village does not fully explain what a “Borgo” is. A “Borgo” is a fascinating small Italian town, generally fortified and dating back to the period from the Middle Ages to the Renaissance.
Category: Veneto9 January 2018