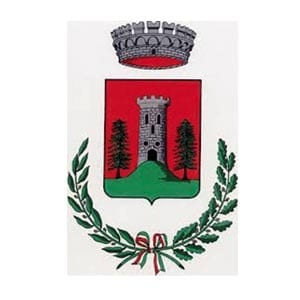 THE NAME
Sottoguda (Staguda in Ladin language) is a hamlet at the foot of the Piz de Guda, a small mountain with a fascinating shape, which gives it its name. The Piz de Guda is an ancient toponym that designates a mountain of secondary importance. This charming village is located in the heart of the Dolomites World Heritage Site, between Veneto and Trentino, in the Municipality of Rocca Pietore (La Ròcia in Ladin language). A territory with the prestigious history of the Lombard period.

THE STORY
Once a Lombard military settlement, Rocca Pietore from 1000 to around 1935 was part of the County of Tyrol and of the Brixen Diocese. Passed under the rule of the city of Belluno, for 411 years, until the advent of Napoleon, it was a small Republic – The Magnificent Community of the Fortress – with a strong autonomy.
Sottoguda is an ancient borgo whose written evidences date back to 1260. It is characterized by the numerous tablèi, wooden barns spread all over the Dolomitic area of Ladin Culture, used by farmers for hay storage and recovery of the livestock and agricultural tools.
Agriculture has been for centuries the main source of surviving for this small community. Today the tradition of the wrought iron manufacture survives thanks to some artisans that have their shops on the road connecting Sottoguda to the Palue village.

Climbing up the Pettorina Valley in the upper side of the Belluno province and in the heart of the Dolomites, Sottoguda is the last village before Malga Ciapéla and the Marmolada Mountain.
The borgo, which is part of the municipality of Rocca Pietore, extends from Punta Penia, Marmolada peak (3342 mt), up to the whole Val Pettorina and to the right bank of the Alleghe Lake, and it includes beautiful and wild valleys such as Ombretta, Franzedas e Franzei
This area is rich in natural raw materials such as wood and iron and the craftsmanship of these materials is handed down through generations. Here it is possible to admire the works created by the skill of the artisans and visit the shops and laboratories.
The most ancient building of Sottoguda, the only one survived at the 1881 fire, is the little Church of Saints Fabiano, Sebastiano and Rocco, consecrated in 1486, when it was supposed to serve a community of about ten residences. The bell tower dates back to 1550 and the altar to 1616.
After the last houses of the “borgo”, you’ll find the Gola dei Serrai (Serrai Gorge), a deep canyon of about two kilometers, today a regional Park. In winter, when the waterfalls freeze and cover the rock walls with a thick layer of ice, the gorge becomes an ice climbing gym renowned all over Europe (SERRAI DI SOTTOGUDA ARE TEMPORARILY CLOSED FOLLOWING THE DAMAGES BY THE VAIA STORM IN OCTOBER 2018.)
Today large flocks of sheep pasture on the meadows, otherwise uncultivated. A new bike trail 11 kilometers long runs along the area connecting Sottoguda to the last village, Masarè.
A cableway leaves from Malga Ciapéla reaching Punta Rocca, up to 3265 meters, the second highest peak of the Marmolada and the entire Dolomites. In summer you can reach the panoramic terrace with a view of the most famous Dolomites peaks and visit the Museum of the Great War.
In winter you can skiing on the Marmolada and Arabba ski slopes that are part of the Dolomiti Superski ski area, with perfectly groomed slopes and modern lifts. The Marmolada slope, La Bellunese, with its 12 km length from Punta Rocca to Malga Ciapela, is the longest in the Dolomites. Here it is possible to go skiing on the most fascinating ski tours such as the Great War Ski Tour and the Sellaronda Ski Tour.
Among the many possible itineraries we mention three CAI trails departing from Sottoguda: the first lead with an easy forest road leads to the Franzei valley, full of high mountain pastures and barns. Continuing you can reach the Lèch dei Giai (2205 m.s.l.m.), a wonderful natural lake at the foot of the Auta mountain peak. The second reaches the Franzedàz valley (1980 mt.), a panoramic plateau spread with small barns and casére (once kitchens of the shepherds).
The third leads in a few minutes to Ombretta valley, where there is a totem to certify the exact Geographical Center of the Unesco Dolomites, passing through the hut of the same name and continuing to the Falier Refuge (2074 m a.s.l.). Finally, a simple path leads in a few minutes to the centuries-old beech forest, one of the highest in Europe, which overlooks the village with its wonderful colors.

The local cuisine offers its guests the authentic delicacies: canederli, known as balòte, are served with speck, spinach and ricotta or with cheese; casunziei, egg pasta crescents stuffed with spinach and ricotta, pumpkin, beetroot or potatoes. The tipical sweets are the fortaie, deep fried sweets with cranberry jam.
This area is rich in natural raw materials such as wood and iron and the craftsmanship of these materials is handed down through generations. From the skill of the artisans, agricultural tools were born first, then decorative objects. In Sottoguda it is possible to visit the shops where the famous hand-painted wrought iron butterflies and beech wood and crystal jewels are made.

What is “BORGO”. The literal translation of Borgo in English would be “Village”. But the term Village does not fully explains what a “Borgo” is. A “Borgo” is a fascinating small Italian town, generally fortified and dating back to the period from the Middle Ages to the Renaissance.
Category: Veneto21 December 2017