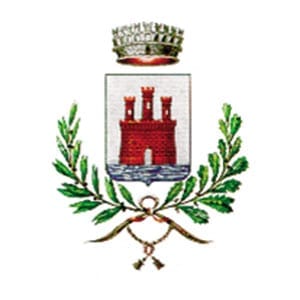 The landscape is motionless, perennial, timeless and brings us back to our need for springs, to our sources, as in any river myth in which water and dreams merge. Walking to Borghetto in the evening to see a sunset over the Mincio, or when the fog confuses the contours of the houses making only the Ghibelline merlons surface, is like shipwreck in an imaginary Middle Ages.

Borghetto’s history is made of battles fought to conquer this important strategic crossing point. Ponte Visconteo, a stunning fortified dam, was built in 1393 by Gian Galeazzo Visconti, it is 650 meters long and 25 meters wide, it was completed in 1395 and was connected to the above Scaligero Castle, a fortified complex extending for about 16 km.

The castle with its towers dominates the borgo from the hilltop. It had three drawbridges but only one still remain. The Tonda tower, an unusual structure built in the 12th century, was a section of the oldest part of the castle, the rest of the complex was built in the 14th century.

Inside the borgo, the Church of San Marco Evangelista is a Neoclassical modification (1759) of the old Romanesque church dedicated to Santa Maria (11th century), it houses two frescoes of the 14th century.

The famous tortellini of Valeggio are served with butter or broth. The river offers the main courses: pike with sauce, trout and eel are perfect with local wines.