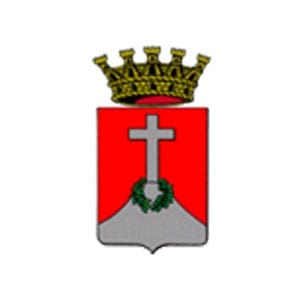 The borgo has got a curved shape similar to an arch, in fact the original name was Arquatum (Latin), then modified in Arquade and finally Arquà. The word Petrarca was added in 1868.

The light colored stone of the buildings, its churches and its town houses (built for the rich Venetian families) are surrounded by an atmosphere of peace and serenity.

Along the winding roads climbing from the lower to the upper town, you’ll reach a rural area made of stone houses, old wash houses and drinking troughs. where you can admire the Petrarca’s fountain (which actually existed before Petrarch’s arrival, but the poet surely used it to get water) and the Church of Santa Maria Assunta.

In the middle of the churchyard there is Petrarca’s tomb, built in red Verona marble six years after his death.

The church (first document about it was written in 1026) was recently restored,and has frescoes by the Venetian Byzantine school, a 14th century polyptych, and an altarpiece by Palma il Giovane.

Arriving at Piazza Petrarca in the upper town, you’ll find Palazzo Contarini, built in the 15th century Venetian Gothic style and, next to it, the picturesque “del Guerriero” tavern, now closed.

Leaving the square and reaching Via Roma there is a Romanesque house with Gothic elements, and a small dwelling with a niche and a fresco, a former hospital for beggars in the early 1300s.

Around the corner there is Villa Alessi, originally built in the 14th century and then restored in 1789.

At the end of the climb there is the magnificent Oratory of the Santissima Trinità, with the Loggia dei Vicari, once embellished with the coats of arms of the Paduan nobles who governed Arquà for Venice. The Oratory houses a canvas by Palma il Giovane (1626) and the remains of frescoes. Near the oratory there is a lovely house rebuilt in the 16th century, with a broad balcony facing the surrounding hills.

After the column with the Venetian Lion dated 1612, you will enter Via Valleselle to arrive at the house of Petrarca.

Surrounded by greenery and the gardens that Petrarca himself tended, according to tradition the house was given to him by the lord of Padua, Francesco il Vecchio from Carrara. Petrarca lived there between 1370 and 1374, making it larger and improving it. In the 16th century the small loggia and frescoes inspired by his works were added, and additional changes were also made over time. The charm of this place, which of course is considerably changed today in its general structure and interior spaces from when Petrarch lived there, still lies in the evocative power of its scenery of peace and serenity, which is more or less the same enjoyed by the poet.

Jujube is the local product of Arquà, which holds a festival in honor of this fruit.