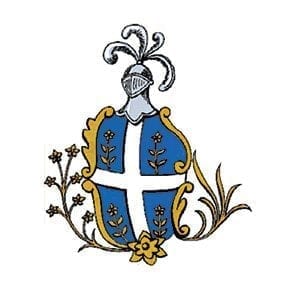 Called Septimum de Liquentia by the Romans because it was seven miles away from Oderzo (Opitergium) and near the Livenza river. It has continued to be known as Settimo for a long time, until the 11th century when it changed in Portus Buvoledi or Bufoledi, a name deriving from the medieval Latin word bova, meaning “channel”. According to others, the name’s origin is related to the word bufaline, the boats used for the commercial activity.

You will enter the borgo from the bridge that once led to Porta trevisana, a gateway destroyed in 1918, and you will reach Piazza Beccaro with its cobblestones, surrounded by fine palaces.

Casa Gaia is a beautiful 14th century dwelling,which was was owned by Gaia da Camino until her death in 1311. She transformed the original tower house into a small palace. The façade is embellished with windows and elegant columns. The frescoes preserved on the first floor illustrate the atmosphere of peace and serenity of the borgo in the short periods between the frequent wars. The second floor frescoes show fortified cities, drawbridges, towers and palaces and other medieval elements.

The 10th century Municipal Tower is the only one remaining of the castle’s seven ancient towers. Made with bricks, it is 28 meters high. The clock contained the opening used to lower the prisoners in the prison. The building next to the tower was Palazzo del Governo (administration palace); on the door of the Monte di Pietà (bank), founded in the 16th century by the Venetians, there is a rare example of a ”leon in moeca”, the lion with a terrifying appearance used as a symbol of war.

The Duomo was once a Jewish synagogue, then converted to Christianity. Consecrated in 1559 and restored several times, it houses a 15th century wooden crucifix, a wooden altar in red briar-root and a splendid organ made by the Callido, with 472 zinc and tin pipes, bought in 1780 for the considerable sum of more than 4000 Venetian gold liras.

Outside the Borgo, the Church of San Rocco houses the Madonna della Seggiola, a wooden sculpture (1524); Palazzo Giustinian, built in 1695 by the noble Venetian Cellini family; the Oratory of Santa Teresa, built by Cellini, and finally the Church dei Servi, consecrated in 1505.

In the borgo some excellent red wines, pumpkins and honey are produced. The local menu includes: Gnocchetti with duck sauce, calf, risotto with pigeon, salted codfish and zuppa matta (crazy soup), made with pumpkin, bread, milk and mushrooms.

What is “BORGO”. The literal translation of Borgo in English would be “Village”. But the term Village does not fully explain what a “Borgo” is. A “Borgo” is a fascinating small Italian town, generally fortified and dating back to the period from the Middle Ages to the Renaissance.
Category: Veneto3 January 2018