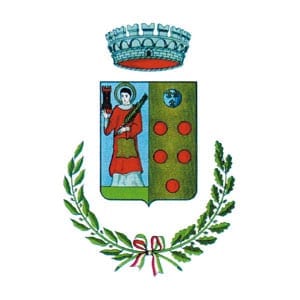 The most accredited hypothesis is that the name Sessanio derives from Sextantio, a small Roman settlement near the Borgo, probably six miles away from an important Roman pagus (village).

The borgo of Santo Stefano di Sessanio is perhaps the most fascinating man’s achievements in the entire Gran Sasso and Monti della Laga National Park. It is built entirely out of white limestone, which has become dulled with time. All the houses are covered with clay tiles, providing a harmonious overall view to those gazing down on it from the top of the Medici tower. The borgo is considered one of the most beautiful in Abruzzo, for its pure environmental values, architectural dignity and stylistic homogeneity. Its streets, which must be explored on foot, are extremely varied, from the steep stairs skirting of the Church of Santa Maria in Ruvo (13th-14th century), to the twisting stone-paved streets that wind between the houses and lead to the Tower, to the long path created beneath the houses to protect them from the snow and the icy winter winds. Built during the rule of the Medici’s are the elegant arcades, the arched portals tiled with flower motifs, the stone windows finely crafted and decorated by expert hands, the marvelous mullioned windows and the balconies.The southeast gate bears the coat of arms of the Signoria of Florence, which left a small but precious grain of its refined civilization in these mountains. Although there are no real fortified walls, the borgo is entirely surrounded by an unbroken line of buildings, which served as both houses and defense walls, as is further evidenced by their very few and small windows. Walking through the tortuous streets, you’ll admire the 15th century buildings, such as the Casa del Capitano (Captain’s House), and the tower built in the 1300s and improperly called the Medici tower, from the top of which there is an enchanting view of the Tirino and Aterno valleys up to the Sirente and Maiella mountain chains. The Church of Santo Stefano Protomartire, built in the 14th- 15th century, has a single nave with five bays and an unusual presbytery area opening into chapels and a semicircular apse. Worth visiting is the Church of the Madonna del Lago, dating back to the 17th century, which stands just outside the walls, on the green shores of a small lake.

The lentils from Santo Stefano di Sessanio, which have always been organically grown, belong to a rare and ancient variety which is grown only in arid mountain lands at elevations between 1200 and 1450 meters. They are dark brown and very small, with a wrinkly lined surface. Their special flavor has made them famous all over Italy, and they are used by the best chefs for preparing both traditional dishes and nouvelle cuisine creations. They keep for long periods without losing their flavor, and cook in just 20 minutes.

Between the local dishes you have to taste the lentil soup which, served with small squares of bread fried in olive oil, is the most well known of the many soups made with this legume, which can also be made with potatoes, with volarelle (homemade pasta, cut into little squares) and with sausage. The area also produces excellent lamb, raised on the Campo Imperato­re highplain: one specialty is alla chiaranese lamb, with cheese and egg.

What is “BORGO”. The literal translation of Borgo in English would be “Village”. But the term Village does not fully explain what a “Borgo” is. A “Borgo” is a fascinating small Italian town, generally fortified and dating back to the period from the Middle Ages to the Renaissance.
Category: Abruzzo3 January 2018