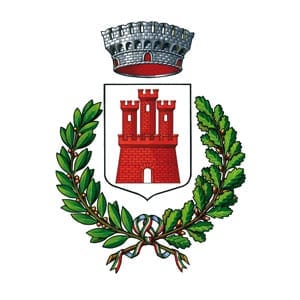 Other hypothesis about the origin of the place name are: the derivation from Ope, an ancient Sabine deity, later assimilated by the Romans, with the worship of Saturn, to the goddess of abundance; or even from Opice, a priestess of the Temple of Vesta.

Opi, placed at a height of mt.1250 a.s.l. keeps the charm of a typical pastoral community, where  nature reveals all its beauty. The surrounding mountains(Mount Marsicano, Mount Amaro, Val Fondillo, the chain of Camosciare and that of Monte Greco, the Mount Irto and Mount Petroso and the wide valley that connects Opi with Pescasseroli) are all visible from this borgo.

The urban structure, unchanged in its spindle form and developed in two rows of houses which form the wall protection, reveals what should be the true meaning of the place name, the word oppidum (“fortified castle”).

The general structure of the borgo is amazing: Opi, when viewed from above, looks like a drop, a ship in the midst of an expanse of ice in winter or, in summer, it looks like an island amid a green sea.

Its oldest part overlooks the Foce, a narrow gorge hollowed by the river Sangro, where the Museum of Chamois and the nearby faunal area stand.

The houses clinging to the rock are joined together by a main road in the centre and by side streets called “v’ttal”, that lead to the ancient stables.

The most important buildings are: the palace that today houses the town hall (XVII century); the church of Santa Maria Assunta, situated halfway between the new centre and the ancient core; the church was damaged several times by earthquakes and rebuilt in its present form during the seventeenth century, with a bell tower restored in 1556 that reveals the original Romanesque structure of the church (XII century).

The chapel of San Giovanni Battista, built in the Baroque period (early XVII century) by the noble Vincenzo Rossi. Recent renovation works have brought to light some wooden decorations, stuccos and polychrome marbles.

Near the centre, in Contrada Casali, are traces of a sacred place, attributed by scholars to the worship of the goddess Ope.

What is “BORGO”. The literal translation of Borgo in English would be “Village”. But the term Village does not fully explain what a “Borgo” is. A “Borgo” is a fascinating small Italian town, generally fortified and dating back to the period from the Middle Ages to the Renaissance.
Category: Abruzzo13 February 2018