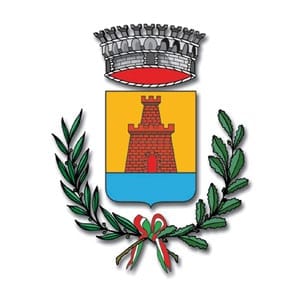 The name, appeared for the first times in the Casauriense Chronicon as “Bateju” (year 1111) and “Abbatejum” (1140), during the Norman invasion of this territory and their bitter disputes with the monks of San Clemente Casàuria.

The Normans, who spoke Old French, called the location ab(b)ateis intending “action of knocking down”, “something that is felt down”, in particular “coppice forrest”, “recently felled forest”.

Tholos huts are dry stone structures built as shelters by shepherds and farmers, their shape resembles the typical trulli of Apulia and the nuraghe of Sardinia. First described by Giovanni Chiarini from Chieti in 1876, an almost complete census of thousands of Tholos in Majella, Gran Sasso and the Montagna dei Fiori, was made by Edoardo Micati in 1992. Among these areas, about the 75% of total of huts is in Majella, where it is possible to find them up to 850 a.s.l.

The most interesting complexes can be observed in the Giumentina Valley, here you can admire a group of notable tholos. The main building of the group is the largest one and is the only one of the five hundred specimens of this type scattered in the area having two floors. There are other smaller buildings forming a small village and remains of ancient walls that surrounded the pounds. Other complexes are in the territory of Roccamorice, in particular the tholos of Valletta and Colle della Civita are worth mentioning.

The historical centre of Abbateggio consists of a core of old small houses in local white stone, clinging to a cliff overlooking the narrow valley of  Fosso della Vecchia Fonte, and of a more recent part dating back from the early 1900. The oldest part of the village looks like a tiny village of small stone houses, winding streets and steep stairways, descending which you can admire the beautiful landscape.

Abbateggio rises on the site where once the castle stood, mentioned in ancient manuscripts. The highest part, however, consists of stone houses with annexes (stables, barns, warehouses) that are still largely used by local farmers, interspersed with orchards and small fields, as well as some elegant two or three floors mansions.

In the old town you can visit the Church of St Lorenzo Martire, with rectangular plan and one nave, a classical façade and a fifteenth-century portal; the quadrangular bell tower contains a fine spiral local stone staircase, considered an authentic work of art. The interior is in modern Baroque style, with rectangular columns with capitals, rosettes and stuccoes. Decorations are brobably by Pietro Francesco Canturi, a famous plasterer from Ticino. You can also admire a wooden statue of the Patron Saint and a stone carved holy water stoup dated back to 1600.

The Shrine of Madonna of Elcina, quoted by the scribe Domenico Puglielli as dedicated to Our Lady of Lecina, stands on a rocky hill near the centre of the borgo. From its position, with a sweeping 360 degree view, it is possible to see the Italian Gran Sasso, the Majella and Morrone Mountains and the Adriatic Sea. The church was recently re-built in its current feature, made of local stone, but is of ancient foundation and has a considerable historical, artistic and religious value throughout the valley.

The Church in its current state is of recent construction, it was rebuilt and enlarged on the ancient one in 1927; the laying of the first stone was on 28 March 1926. In a votive aedicule there is a painted terracotta statue of the Madonna of Elcina; the statue is about 1.30 m high and dates back to the early decades of the sixteenth century, probably realized on the iconographic basis of Silvestro di Giacomo de L’Aquila. A holm oak trunk is under the altar, maybe a remnant of the ancient tree where the Virgin appeared, while a canvas painting depicting the Madonna that, in red tunic and blue cloak, is sitting on a tree with the naked and blessing child in her arms, is at the altar on the left side of the church. The painting probably dates back yo the seventeenth century and was found behind the statue during the restoration of the Church in 1927. Despite the chronological inconsistency, people believe that this is the picture found by shepherds at the time of the apparition of the Virgin.

The church dedicated to tha Madonna del Carmine, recently renovated, is a small local stone building, with rectangular plan and one nave, has a barrel vault and a half dome apse.

The date of its construction is unknown but it already existed in 1743 and was listed as “Church of Madonna del Carmine extra moenia”, located outside the walls of the borgo. The inscription “Sant’ Antonio” is on the external portal of the Church. It is unclear if the church was originally built in honor of Sant’Antonio (Abbot or from Padova), as the cult still existed, and then dedicated to the Madonna after the Carmelite Congregations spread to Abruzzo.

The church dedicated to St. Biagio, in San Martino district, was last renovated in 1986; an authentic and very old bust of the saint is above the altar.

The archaeological site of Sant’Agata district appears linked to the presence of a early medieval church, in fact a votive altar to which women went to propitiate fertility and abundance of milk was discovered thanks to the excavations by the Superintendence for Archaeological Heritage for the Abruzzi; women often invoked Sant’Agata when they had nursing problems.

The site of Sant’Agata is an important historical and topographical element of human presence in this territory. The excavations have brought to light the remains of the church, whose structures are put back in the ruins of an ancient pre-existing historical building. Numerous finds, including the remains of a monumental column, are currently in Abbateggio.

Macchia di Abbateggio is one of the most beautiful forests that characterize the slopes of the Majella, together with the Morgia source, which is one of the major emergencies of the Majella massif. It is situated at an altitude of 960 meters s.l.m. on the north-western side of Majella and is characterized by karstic features that occur with concentrated penetrations of water and subsequent re-emergences at a lower altitude.

Spelt, an ancient food whose cultivation dates back to ancient times of Egypt and the Mediterranean races; even the ancient Oriental, Greek, Roman and Biblical literature, describes spelt as usual nourishment and as valuable offer to be presented to gods. With the emergence of soft and hard wheat in the Mediterranean area the use of spelt gradually declined, its cultivation is now limited in mountain areas with cold and calcareous soils; its wealth is the lack of fat and in the abundance of starchy substances.

What is “BORGO”. The literal translation of Borgo in English would be “Village”. But the term Village does not fully explain what a “Borgo” is. A “Borgo” is a fascinating small Italian town, generally fortified and dating back to the period from the Middle Ages to the Renaissance.
Category: Abruzzo27 February 2018