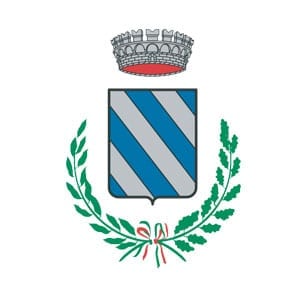 The name may derive from bonae ara, or altar of the goddess Bona or Ceres, the ancient god of harvest and abundance, responsible for the fertilization of the earth. In fact, the Church of the Madonna della Neve stands on the ruins of an ancient Roman temple dedicated to this goddess, as shown by traces such as the floor and a tablet portraying the priestesses during their duties.

On entering Bugnara’s self-named square you are met by the Church of SS. Rosario. Completed in 1602, it is of late Baroque style with one nave and a relief ceiling. Inside you can admire the massive wooden altar, the friezes, the decorations and the stuccoes.

Next to the church there is a beautiful fifteenth century fountain. The basin rests on a pedestal and the arched niche is surmounted by the Di Sangro family crest depicting a dove resting on the basin. Walking through the narrow streets you can see elements of the old village’s medieval origins. In some areas the materials and the traditional forms have been preserved.

Further on you get to Palazzo Ducale, also known as the Fortezza dello Scorpione, which was build around year 1000 AD. Its impressive architectural structure highlights the defensive requirements for which it was built, even if it has been transformed over time to comply with the pleasures and comforts of Palace life. Restoration of this palace has now been planned.

On leaving the borgo, you’ll get to the Church of the Madonna delle Neve, which incorporates some of Bugnara’s most interesting history. Also built around 1000 AD, it is Gothic in style and features three naves. Inside are some very old preserved statues and frescoes, but what is most striking is the herring-bone floor from the original Roman temple, on which the church appears to have been built. This is demonstrated by the plaque dedicated to Helvia, priestess of the goddess Ceres. In addition to the inscription is a bas-relief depicting the priestess performing rites. Two other churches can be visited in the village of San Giuseppe and in the Torre de’ Nolfi quarter.

Local dishes worthy of special mention are quagliatelli e fagioli, pasta and bean soup, kid with “cheese and egg,” the thin and delicate pizzelle cooked on a special handmade iron, and sweet Christ­mas treats such as fry bread and ceci ripieni.

What is “BORGO”. The literal translation of Borgo in English would be “Village”. But the term Village does not fully explain what a “Borgo” is. A “Borgo” is a fascinating small Italian town, generally fortified and dating back to the period from the Middle Ages to the Renaissance.
Category: Abruzzo6 February 2018