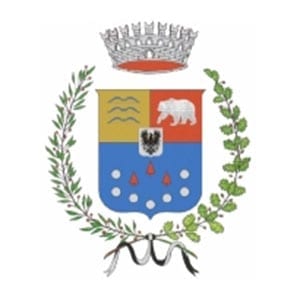 The name of this borgo, set in the western area of the Giudicarie Valleys, has got feudal origins.

Stretching on a sunny green terrace overlooking the valley and guarded behind by the Brenta Dolomites, San Lorenzo is an ancient rural village born from the fusion of seven Villas: Berghi, Pergnano, Senaso, Dolaso, Prato, Prusa and Glolo. Located at the entrance to the splendid Val d’ Ambièz, the village is the gateway to the Adamello Brenta Natural Park.

The visit to the Seven Villas can only start from the Park House “Once upon a time”. Located in the beautiful Oséi House, it collects the entire peasant history of these lands. The nearby municipal theatre is an ancient church deconsecrated and restored by the will of the inhabitants, where the spirituality of art is confused with that of religion. We are still in Prato,  near Prusa, the lower Villa. The Mazoleti house captures the eye, a perfect example of rural architecture: on the ground floor there are cellars and stables, on the first floor there is a kitchen and rooms, on the third and fourth floor there are covered farmyards and hay stores, and attic floors for the drying of straw accessible from the “pont“, the driveways. Enriched with an arched loggia and a luminous sundial, it is the backdrop for the ciuìga festival in autumn. In an anti-clockwise direction, you’ll reach Glolo, in a privileged position as the “handmaiden” of Castel Mani, whose name in dialect (Grol) is repeated by children when they invite the snails to throw out their horns. After crossing state highway 421, you’ll reach Berghi (from Berg, “mountain”) from where the paved Via Caváda passes, marked by parallel grooves left by sledges. The 17th century church is dedicated to Santa Apollonia.

Next to it, the beautiful rural mansion Martinoni house, probably a former convent. A little further on, Moscati house, wisely restored. From Berghi you’ll reach Pergnano, lying in the sun. The small church dedicated to Saints Rocco and Sebastiano contains frescoes by Baschenis di Averaria from Bergamo, which can be enjoyed for their brightness and freshness: a painting that is easy to read, few colours but of great chromatic effect. From Pergnano to Senaso, the best preserved hamlet and for which a challenging redevelopment project has been set up. The Villa is full of memories of cheese-makers, professional hunters and expert ciuìga packers. It is here that the tradition of artisan smoking of this sausage is handed down: it takes place every autumn in the smokehouse, inside the old dairy. The church of San Matteo has preserved the ancient churchyard, while the Sartorei house is a precious testimony of rural dwelling, with the original grates of the barns and the majestic portal leading to the former stable.

Ciuìga is a local sausage served with sauces, potatoes and chicory or cabbage, is perfect to be tasted with toasted bread and butter. It is a Slow Food præsidium.

Do not miss to taste: dumplings with spinach and tagliatelle with roe deer.

What is “BORGO”. The literal translation of Borgo in English would be “Village”. But the term Village does not fully explains what a “Borgo” is. A “Borgo” is a fascinating small Italian town, generally fortified and dating back to the period from the Middle Ages to the Renaissance.
Category: Trentino - Alto Adige29 January 2018