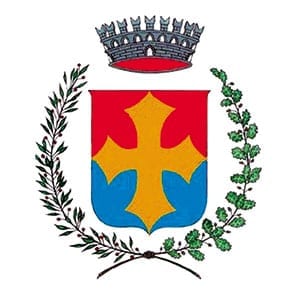 Rango is named after the Celtic word randa, that means “limit”. In fact, the borgo  was the last populated district before reaching the Durone pass.

In the Giudicarie valley, about 40 km away from Trento, Rango with its old houses, lined one next to the other and connected by porches and halls, seems to be a fortified place. The borgo, that is living a new life thanks to the devotion of its inhabitants and local administration, represents a unique example of rural mountain architecture in Trentino region.

Rango was an important  passageway on the road that led from Giudicarie and Val Rendana valleys to Garda and Venice, and to the whole area named Pianura Padana. Everything here had to guarantee survival during long winters. Bystanders and merchants found refreshments here in a nearby inn, while the inhabitants could find refuge from bad weather, thanks to a system of covered connected passages, hallways, porches and inner yards (portec), that today are used for the typical Christmas markets.

Here, centuries ago, town life used to go through under these hallways (vòlt). What surprises you here is the functionality of the architecture of the Giudicarie valley that has been unmodified since the 18th century. Houses and stables were often under the same roof. They were made of stones, wood and straw. The base was made of stone, the structure was made of wood, and as can be seen in old photographs, the roof was made of straw. Still today, the big portals, lodges and large racks are used to dry products, testifing the wisdom of the past.

The Renaissance heritage is also represented by a beautiful mullioned window, above the hall that leads to the borgo. A peculiarity of Rango and of the Giudicarie valley are the granite bridges, of which some examples still remain. These bridges allowed farmers to arrive at their farmyards with their carts full of products from the country side. The filagne are also typical of this area, granite slabs vertically fixed in order to form small walls, that you can still find in the old road that used to connect Val Marcia to the Durone Pass.

Walnuts from Bleggio are famous for their quality. They are rather small, almost rectangular, with thin shells that are easy to break.

What is “BORGO”. The literal translation of Borgo in English would be “Village”. But the term Village does not fully explain what a “Borgo” is. A “Borgo” is a fascinating small Italian town, generally fortified and dating back to the period from the Middle Ages to the Renaissance.
Category: Trentino - Alto Adige29 January 2018