MUNICIPALITY OF castellabate
only the historical center
(Salerno District)
Altitude
mt. 278 a.s.l.
POPULATION
8330 (900 in the borgo) 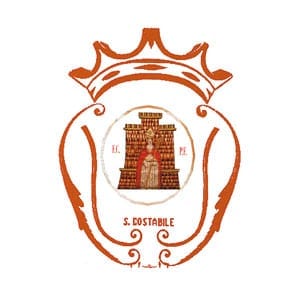 The name Castrum Abbatis (the Abbot’s Castle) is linked to the construction of the castle, which was started by Abbot Costabile Gentilcore in 1123.

The old town of Castellabate, in the Cilento and Vallo di Diano National Park, is recognized as A “Patrimony of Humanity”by UNESCO, in the section of “Man and Biosphere” program. Let’s start from this information that recognizes the deep value of this “Cultural Landscape” that is full of memories, artistic and natural masterpieces, and go to discover this borgo which still maintains the medieval urban structure. Narrow streets, corners, arches, short staircases, palaces, squares and interconnected grey stone houses  lined up between the green hillside and the sparkling sea, in one of the most striking angles of Cilento’s coast spotted only by white posidonias. The castle, built by order of San Costabile, was not only a place of cult, but also an important economic and social centre., and, in that period, a land tax reform was accomplished by Beato Simeone. On the two extreme parts of the borgo you will find two beautiful villas, Villa Principe di Belmonte and Villa Matarazzo (in the coastal hamlet of Santa Maria); afterwards,  the appeal of narrow streets that lead towards the rectangular square, where you can enjoy a beautiful panorama of the valley descending towards the sparkling sea of Licosa. The square is surrounded by old houses that make this medieval seashore light and vague, while the castle, on the top of a slightly uphill street, overlooks such a splendid setting. It was Abbot Costabile who set the first stone on October 10th 1123. The fortress, built to protect the population and the naval traffic from the Saracen invasions, still appears solid and imposing. The walls, with the four rounded towers in the angles, are built at crucial points, enclosing houses, depositories, furnaces and cisterns. Not far away from the fortress there is the Basilica of Santa Maria de Giulia, whose façade (16th century) is connected to a four-floor bell tower. It has one nave and two aisles and preserves a painting of “San Michele Arcangelo vittorioso su Satana” by an anonymous artist, and an altar triptych “Vergine in trono con Bambino, San Pietro e San Giovanni Evangelista” by Pavanino da Palermo (1472). In front of the basilica you can admire  the small Church of the Rosary (end of 16th century). Inside, there is only one nave, covered by a vault of octagonal chests. It preserves a 17th century polychrome marble altar. Worth visiting is a beautiful construction made of arches in the small port of Santa Maria, called Porto delle Gatte (“Cat’s Port”): very suggestive.

Olive-oil, figs and wine are the local products. Fusilli pasta with sheep meat sauce is the typical dish.

What is “BORGO”. The literal translation of Borgo in English would be “Village”. But the term Village does not fully explain what a “Borgo” is. A “Borgo” is a fascinating small Italian town, generally fortified and dating back to the period from the Middle Ages to the Renaissance.
Category: Campania29 January 2018