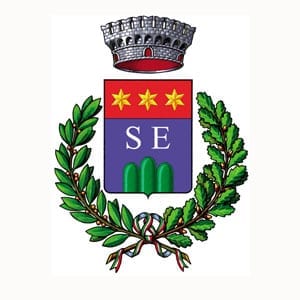 The name derives from the Latin Submontis, “under the mountain”. The borgo was founded by the Normans and is located on the slopes of Monte Vallatrone, in the Regional Park of Partenio.

The grange (ancient barn) of Santa Maria del Preposito is the most important element of Summonte territory. It dates back to the tenth century and was sold in exchange to the abbey of Montevergine around 1174, from 1229 became the aggregation of the new Fontanelle farmhouse. The monastic structure has promoted the cultivation of chestnut, vine, olive, hazel, linen and mulberry. The castle and the fortification of the farmhouse are documented from 1094).

The historical centre of Summonte develops along three directions. Via Borgonuovo is the main street  that crosses the entire town, from here two streets start:  Via Varra, which climbs the hill towards the mountain, and Arco San Nicola, that  leads to Via Castello, where the old nucleus develops. This urban conformation creates an enveloping system around the hill on which the Angevin tower stands, 16 meters high and built between the thirteenth and fourteenth centuries on the ruins of the Norman-Swabian castle. The spaces of the tower and the castle, recovered after archaeological research that reconstructed the historical architecture of the ancient castle complex, now house a permanent exhibition on the history of the territory and its natural resources, and the civic museum.

The church of San Nicola di Bari is the result of a seventeenth century Baroque intervention on the remains of a pre-existing structure. The high altar dates back to 1717, it is  very elegant with its polychrome marbles and the game of inlays and sculptures that decorate it. The church of Sant’Andrea dates back to 1559, with a single central altar and a round arch with frescoes on San Vito’s life. The historic center is also characterized by the presence of sixteenth-century houses, Brosca, Montella and De Cristofaro palaces, with inner courtyard and monumental entrance. Also noteworthy is the Arch of St. Nicholas, in the Middle Ages one of the gateways to the ancient village. At the top of the arch there is an aedicule with the image of St. Nicholas of Bari. In front of the town hall you can admire the centuries-old linden tree, 34 meters high and included among the Monumental Trees of Italy.

The Summonte – Campo San Giovanni path is 6 kms long and can be covered on foot: from 750 meters of altitude you’ll reach 1224, where you will find the Forcetelle refuge. The Apennine ridge of the Partenio mountains, in the green Irpinia, is a corner of secret Campania where, between chestnut and beech woods, Here you can also visit the church of San Silvestro (XI century), stop in a mountain hut and taste the local wines (Aglianico and Fiano di Avellino) and the Partenio black truffle.

The Partenio Chestnut Festival in October is an event that attracts thousands of tourists.

Local specialties to taste in the restaurants  are tagliatelle pasta with porcini mushrooms or black truffle, and montanara, fried pizza with a unique taste.

What is “BORGO”. The literal translation of Borgo in English would be “Village”. But the term Village does not fully explain what a “Borgo” is. A “Borgo” is a fascinating small Italian town, generally fortified and dating back to the period from the Middle Ages to the Renaissance.
Category: Campania29 May 2018