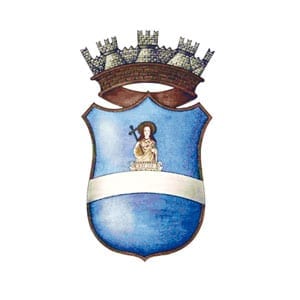 The origin of the name is uncertain: some believe it may derive from the Latin adjective ater (dark, obscure), being the Borgo a dark spot between steep walls of rock looming over the sea. Others claim the name derives from Atria, the place from which the first Greek colonists came.

The beach that surrounds Atrani is the wonderful scenery that surrounds the Borgo that, with its tiny houses built on top one of the other, looks like a nativity scene, especially at night with the glimmering lights. In daytime, the tiny streets seem to disappear behind the houses only to reappear suddenly, widening into a small square, where the light of the sun can finally shine freely. Very near to Amalfi, Atrani is the coastal Borgo that has best preserved its original medieval structure of narrow streets, arches, courtyards, small squares and scalinatelle, the local typical stairways. It has a small, secluded beach, from where the lampare boats leave in the evening for night fishing. At night, the lights of the lampare in the sea is one of the prettiest sight one will ever find in the Mediterranean

During the time of the Maritime Republics, Atrani was the residence of the noble families of Amalfi. Here the Doges were crowned and buried. A tour of the borgo must therefore begin with the Church of San Salvatore de Birecto, where the coronation of the highest government authority took place, with the solemn placing of the doge’s cap, called birecto, on his head. The church, built in 940, is very old and has been remodeled in neoclassical style.

It preserves a marble pluteus  of the late 11th century with Byzantine high-reliefs and Lombard anthropomorphic figures. The beautiful bronze door was cast in Constantinople in 1087, commissioned by the noble Pantaleone Viaretta, who twenty years earlier had provided Amalfi with the doors of its Cathedral. It is made of 24 panels, the four central ones richly inlaid with silver, copper and enamel. Standing on the slopes of the mountain you’ll find the collegiate Church of Santa Maria Maddalena, built in the 13th century by the people of Atrani as a votive church to thank the Virgin Mary for having saved them from the Saracens. It has a single rectangular room, covered by a barrel vault and illuminated  by two large Baroque windows. The façade is also Baroque. The small sacristy holds a white marble Roman cinerary urn. The glazed tile dome and square bell tower have become the symbol of Atrani skyline. Next to the church you can visit Masaniello’s Cave, and below it is the home where Masaniello, the popular revolutionary leader, was born, built at the top of 500 steps. At a short distance from the old public road that links Atrani to Amalfi, you can admire  the Cave of the Saints. It was probably part of the old Benedictine monastery of Saints Quirico and Judith founded in 986 by the future archbishop Leo I. The Cave’s perimeter is an irregular quadrilateral, and the walls are decorated with Byzantine-style frescoes dating back to the 12th century, representing the four evangelists. In the green background there is a warrior saint, undoubtedly St. George.

The gastronomy of Atrani is based on fish and seafood and with old recipes handed down from mother to daughter. You must also taste the very good cheese such as mozzarella, fior di latte, provola, the fresh piennolo cherry tomatoes and handmade pasta such as scialatelli and laganelle. Delicious sweets include o’ bocconotto, so good with custard and wild cherries that you eat it in just one bite, the cassata, and sweets made with lemon, which here is called sfusato amalfitano and is with no doubt the finest in the whole Mediterranean area. Atrani is also known for its liqueurs made from old farmer’s recipes, such as the famous limoncello as well as nocino, or nocillo (made with walnuts), fragolino (strawberries), mortello, finocchietto (fennel), and lauro (bay leaf), delicious aromas that recall the time of 18th century parlours.

What is “BORGO”. The literal translation of Borgo in English would be “Village”. But the term Village does not fully explain what a “Borgo” is. A “Borgo” is a fascinating small Italian town, generally fortified and dating back to the period from the Middle Ages to the Renaissance.
Category: Campania16 January 2018