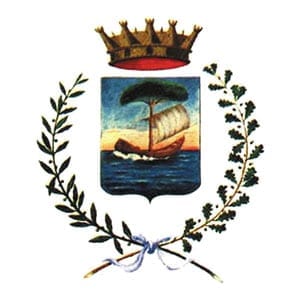 The name may derive from Lucio Barcolio, a lucumon from Luni (ancient Etruscan king or magister), as documented in some Etruscan funerary urns discovered in the mountains surrounding the old castle, that also show as the earliest inhabitants of the area were Ligurian Apuans. Others claim that the name Barga comes from Bargena, a Tunisian town whose inhabitants came to Italy following Hannibal, 200 years before Christ, and settled here.

The urban structure of Barga has remained more or less unaltered since the Age of the Communes (12th-14th cent.), with a tangled network of streets running among irregular buildings.

You can enter the Borgo through Porta Reale and Via del Pretorio, a street crossed by narrow lanes and cart-roads. Past the first square, you’ll find the Conservatorio di Sant’Elisabetta, an old convent of the Poor Clares (15th cent.), which holds a beautiful altarpiece by the Della Robbia school (15th-16th cent.) and a 15th century crucifix.

Going on you’ll arrive to the highest part of the castle, dominated by the imposing Cathedral: from here you can enjoy a panoramic view of the rooftops of the Borgo, of the surrounding green hills dotted with villages and farmhouses and, far away, of the Apuan mountains. The main façade of the Romanesque Cathedral, built in several stages from the 11th to the 16th centuries using blocks of light-colored alberese stone (a local limestone that changes color and nuance depending on weather conditions), is the old remodeled side of the primitive church built in the year 1000. The main door is embellished with two slender columns with lions at the top. The arch is decorated with stylized acanthus leaves. The rests of the original church are the beautiful holy water stoups (12th or 13th cent.) and the fragment of a fresco. The hexagonal baptismal font has a statue of St. John the Baptist (14th or 15th cent.).  The chapel on the right side is entirely occupied by some Della Robbia terracottas; in the chapel on the left, a 16th century panel represents Barga as it was in 1500.

From the Cathedral you can easily reach Palazzo Pretorio, which was the residence of the Florentine administrators from 1341 to 1859, and today is the home of the Civic Museum.

From the square, through a large staircase, you can go down and visit the Church of the Santissimo Crocefisso, with a late 16th century façade and an interior decorated with stuccoes and gold.

From Via della Speranza you can reach Porta Macchiaia, another city gateway, so-called as it opens onto the great Apennine woods. From here you can go along Via di Mezzo and arrive to Piazza Garibaldi, which is dominated by the majestic Palazzo Balduini (15th cent.).

In Piazza Salvi you can admire two 16th century Florentine style buildings: the Loggia dei Mercanti and Palazzo Pancrazi, which today houses the Town hall. The Loggia, raised on graceful columns, was built when Cosimo I de’ Medici instituted the Barga market (1546) where salt and silk were sold. The stone lion on the façade is the symbol of Barga’s political subjection to Florence.

Next is Piazza Angelio, whose harmonious proportions make it look like an outdoor living room. Further on, you’ll find the Teatro dei Differenti, built in 1795 over a former theater dated 1689, and the Accademia dei Differenti, promoted and supported by the Medici’s family.

Along Via di Mezzo you can admire some beautiful  buildings of the 18th century, residences of noble families such as  the Bertacchis, the Pieracchi Counts, and the Mordinis. The Baroque Church of the Santissima Annunziata (1595) has a Latin-cross plan, with an enormous longitudinal nave and artificial columns against the walls.

Outside the city center, the Church of San Francesco (15th cent.) has glazed terracottas attributed to the work shop of Andrea Della Robbia (1453-1525).

The chestnut is the local typical product, to which Giovanni Pascoli dedicated a poem recalling how in the poor houses of the peasants you could hear the pot burbling over the fire.

Do not miss to taste a Minestrone made with spelt, a cereal widely used in old times and lately rediscovered by Tuscan “nouvelle cuisine”. Today every restaurant serving local cuisine offers this popular and hearty “peasant recipe”.

What is “BORGO”. The literal translation of Borgo in English would be “Village”. But the term Village does not fully explain what a “Borgo” is. A “Borgo” is a fascinating small Italian town, generally fortified and dating back to the period from the Middle Ages to the Renaissance.
Category: Toscana17 January 2018