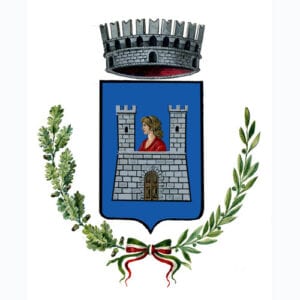 The toponym derives from the diminutive of the Latin word Palatium, meaning “palace, building”, to which “sul Senio” has been added, with reference to the river that laps this borgo of Mugello, in the heart of Tuscan Romagna.

Palazzuolo sul Senio is a charming village of Mugello, a place where you can find the excitement of life in contact with nature, an oasis surrounded by green mountains, away from pollution, traffic and hectic metropolitan rhythms.

The borgo is divided into two parts, Borgo dell’Ore and Borgo del Crocifisso, separated by the bridge over the river. Through the historical, artistic and cultural heritage you can take a fascinating journey into the glorious past of this borgo. In the surroundings, nature trails of all kinds will allow you to discover a pristine landscape and a wonderful nature, that have given Palazzuolo the name of “little Switzerland of the Apennines.

This small village in the Apennines has well-kept gardens and a good architectural heritage. The old town is divided into two parts – Borgo dell’Ore and Borgo del Crocifisso – separated by the bridge over the river. The oldest village is Borgo dell’Ore, built around the Palazzo dei Capitani, while on the other side of the river, in Borgo del Crocifisso, the houses are arranged around Piazza del Crocifisso, which once housed the “Hospital” of Santa Maria Maddalena, a place of welcome and care for pilgrims. Here you will find the parish church dedicated to Santo Stefano, which has been altered in its original structure after various reconstructions, starting with that of the sixteenth century.

Before climbing the stairs leading to the church, you will come across the Jewish ghetto, gathered around a courtyard surrounded by stone palaces. With its underpasses, it is a delightful corner.

But the most interesting part of Palazzuolo is the ancient nucleus, Borgo dell’Ore, which is on the other side of the Senio river. It can be reached from via Roma, a place of ancient shops, by crossing the Ponte sul Senio (Bridge over the Senio), which replaces the three-arched bridge destroyed by the Germans during the Second World War.

With the slow sound of the water, the river surrounds the town, which emerges from the green with its walls and old roofs. The architectural highlights are Palazzo dei Capitani and, behind it, the seventeenth-century church of Saints Anthony of Padua and Charles Borromeo, with a three-arched portico and a bell tower. On the right, the town hall with its portico. Between the town hall and the Palazzo dei Capitani there is the double staircase of the fountain, restored in the eighties with bronzes by the sculptor Roberto Barni.

Palazzo dei Capitani is marked by a corner portico and an elevated entrance. Built at the end of the fourteenth century, the façade bears the coats of arms of the Captains of the People who had their residence and jurisdiction here. In the Middle Ages the village was ruled by two families, the Pagans and the Ubaldini. The Maghinardo, mentioned by Dante in his Commedia, belonged to the first family, and died in 1362, leaving his property to the Ubaldini, who in turn conferred it on the Florentine Republic. In 1506 two illustrious guests stayed in the palace: Pope Julius II and his companion, Niccolò Machiavelli. Today it houses the Archaeological Museum of Alto Mugello and the Museum of Mountain People.

Leaving Piazza Alpi, where there is a fountain, you’ll reach Piazza Garibaldi, surrounded by arcades that recall its ancient function of “market”. From the square you arrive through an alley to another widening dominated by Palazzo Strigelli, a building of 1804 restored and used on the ground floor as the Municipal Library.

In the old town there are other corners where you can calm your mind, such as Via Borgo dell’Ore, the oldest part of Palazzuolo. Follow the profile of the stone houses to Piazza del Grano, where the grain market was held in the Middle Ages.

Just outside the village, the parish church of San Giovanni Decollato in Misileo, right on the border between Tuscany and Romagna, houses a crypt from the Carolingian period. Still on State Road 306 towards Casola Valsenio, on the right side of the river you will find the Abbey of Susinana: a monastery founded by the Cluniacensi and passed to the Vallombrosiano Order between 1070 and 1090. On the other side of the Senio, the bridge and the fortified medieval mill are very suggestive.

Through the hamlet of Quadalto we’ll reach the Sambuca pass, with the fifteenth-century sanctuary of the Madonna della Neve. On the other side of the bridge,  along a gravel road at a height of 800 metres you can reach the uninhabited village of Lozzole , lost among the ridges with its 16th century church restored thanks to the volunteers, a mirage of a rural civilization that has disappeared but whose voice can still be heard, where the valleys of the rivers Senio and Lamone separate, and Romagna is confused with Tuscany.

Palazzuolo sul Senio is a City of Bio (Organic City): apples, pears and chestnuts are produced without pesticides, there is a dairy with excellent cheeses and, above all, there is the Albergo Diffuso Locanda Senio, where you can taste the emblem of Mugello, i.e. the handmade tortello that tastes of fresh pasta, eggs and potatoes.

Trekking excursions are organized to get to know the area better and spend days in direct contact with nature and the environment.
The trips are organized along the rings identified in the PAPER OF PATHS available in the tourist office, tour operators or through the rings CAI and UOEI. The rings are distinguished according to the degree of difficulty and practicability.
Along the routes you can visit fascinating uninhabited villages, such as Lozzole or Campanara, ruins of castles, but above all admire an unspoilt landscape of green valleys, streams, forests and maybe stop to taste the typical dishes of Palazzuolo at the farmhouses.
In winter, when the snowfall is not a rarity, the paths become ideal for snowshoeing and walking on fresh snow.

What is “BORGO”. The literal translation of Borgo in English would be “Village”. But the term Village does not fully explain what a “Borgo” is. A “Borgo” is a fascinating small Italian town, generally fortified and dating back to the period from the Middle Ages to the Renaissance.
Category: Toscana24 July 2018