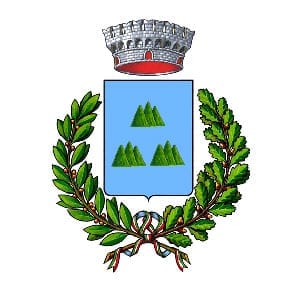 The name derives from the Latin Mons Scutorum which means “Mountain of Shields” or “Mount of esquires”, which denotes the strategic military importance of this fortified borgo.

When the sky is clear from the Castle it is possible to see the islands of Gorgona and Capraia and, if you are lucky, also the northern tip of Cape Corso. Looking down from the castle walls, you can see the houses of the borgo behind and their roofs covered with the traditional Tuscan bent tiles.

Close to via del Borgo is the Torre Civica (Civic Tower), its lower part dates back to the twelfth century. Along the perimeter of the castle there are the city walls, which are up to 15 meters high, the original masonry in the north and south sections, and in particular in the guardhouse, which is the only existing warning  tower still preserved today.

Poggiarello is a neighborhood of houses leaning one against the other, rebuilt and restored after the 1846 earthquake, when they a small aedicule dedicated to the memory of S. Antonio erected.

The parish Church of Nostra Signora was rebuilt after the 1846 earthquake (it preserves an eighteenth century marble statue and a seventeenth century Venetian school painting of the Annunciation. The old convent dedicated to the Virgin Mary still stands in a place called la Badia, the Abbey.

Once passed the Abbey, which is in open countryside, the main road meets a crossroads marked by an aedicule with an iron cross and weather vane on top. On the right, going along a gravel road is a XVII century fountain and then the eighteenth century block of buildings called Scialicco. Back on the paved road you will find the Acquavite, a secular oak.

Walking on you will reach Osella dell’Acquaviva Farm, then S. Giovanni Farm on the side of the hill, the road has a junction that leads up the path of the ridge again, passing la Fattoria La Prugnola where you can see the Church of S. Lucia with one nave which was built in the twelfth century.

Another nice walk in this rural and peaceful atmosphere is the one that follows the old cobblestones that lead to S. Perpetua. Continuing, the path leads you into the forest and along the banks of the “Strada del Muggine” which is surrounded by thick vegetation inhabited by porcupines, boars and birds of prey.

The borgo is the home to the Consorzio Vino Doc Montescudaio. Montescudaio red wine uses at least 50% Sangiovese grape, while in the white wine the Trebbiano Toscano vine specie prevails, as for Vinsanto. When the vines Cabernet, Merlot, Sangiovese, Chardonnay, and Sauvignon are present for the 85% at least, the wine can take the name of the same vine.