MUNICIPALITY OF nusco
only the historical center
(Avellino District)
Altitude
m. 914 s.l.m.
POPULATION
4559 (2000 in the borgo) 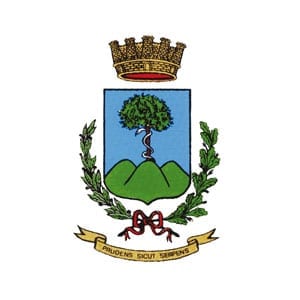 Of uncertain origin, Nusco was probably a small fortress. A link with the mythical city of Nomistron, as advanced by the Greek scholar Rocci, is improbable.

The mountains descend in spurs and slopes towards Nusco, which lies above the Apennines at an elevation of 914 meters and dividing the Ofanto and Calore river valleys. We are in the heart of the Irpinia area and in the ancient territory of the wolf (hirpus in the language of the Samnites). A land of deep rooted traditions and memories, Nusco is compact and discreet in its architecture, silent and dynamic in the pulsing of its daily life. The bell tower is colossal, regal: 33 meters high, like the age of Christ, it is the incarnation of a Christianity that here is part of the town’s collective identity, its blood ties with Amato (first bishop of Nusco), the patron saint to whom the majestic cathedral is dedicated. Of the original nucleus (11th century) only some traces of the Romanesque crypt remain, where the bones of Amato are safeguarded under the cross vault. The interior, which presents a nave and two aisles with side chapels, dates back to the 13th-16th centuries. The presbytery and chorus are exquisite, as are the 18th century frescos in the choir vaulting above, the 17th century wooden pulpit and Amato’s treasure. The frescoes recently discovered in the crypt depict the Nativity and date back to about 1500. Previously coated in grey enamel, the Baroque decorations on the bishop’s throne and on the chorus balustrade have also been brought to light recently. The large stone masses of the imposing façade, with its clock tower and belfry, force the visitor to admire the Cathedral from various angles, as it cannot all be taken in from a single viewpoint. In the Piazza della Cattedrale, which also hosts the episcopal Seminary erected in 1760, the visitor can take a path which starts from the ancient Porta Superiore, overlooked by the few remains of the Lombard castle, and meanders through the three pathways (all of which converge in the square) constituting the core of the medieval settlement: Via Landone, Via Scarpitti and Via Trinità. Walking through the historic center, the visitor will frequently come across stone portals, noble coats of arms, wrought iron balconies, votive shrines, loggias, entrance halls with cisterns, arches, vaults, small piazzas, stairways and cobblestone alleyways. It is an architectural structure which, in its simplicity as in its more emphatic moments, seems to protect Nusco’s historical memory from being completely lost within these quarters.The aristocratic residences of the Ebreo, De Paulis, Meluziis, Del Giudice, Natale, Sagliocca, Saponara and Del Sordo families stand in memory of the town’s ancient splendor, some with private chapels. There are many religious edifices as well, among which the Church of the SS. Trinità is worthy of mention, with its medieval frescoes, as is the Church of San Giuseppe, with its lovely late Baroque façade.A superb panorama opens up from the lookout of Porta Molino and from via Coste. The gaze sweeps from the Varco di Acerno and nearby mountains up to Mt. Vulture, the northern Lucanian Apennines and the Maiella mountains. Outside the historic center, the abbey of Fontigliano is worth visiting (12th century, but rebuilt in 1950), with the attached Antiquarium housing epigraphs of the Augustan age admired by Theodor Mommsen.

Excellent production of salami and cold pork meats. The production of headcheese and sausage is also based on traditional handmade production methods. It is possible to obtain delicious legumes from local farmers (broad beans, chickpeas, beans) used in local cooking both as a main dish and as accompaniments to homemade pasta dishes.

First course dishes are based on homemade pasta served with lamb sauce or ragù or accompanied by legumes. Worth noting, because of the special way they are made, the gnocchi (cicalucculi), the tagliatelle (lagane) and the ravioli, for which a special locally produced ricotta is used. The gnocchi are handmade using wheat flour and served with ragù and pecorino

What is “BORGO”. The literal translation of Borgo in English would be “Village”. But the term Village does not fully explain what a “Borgo” is. A “Borgo” is a fascinating small Italian town, generally fortified and dating back to the period from the Middle Ages to the Renaissance.
Category: Campania4 January 2018