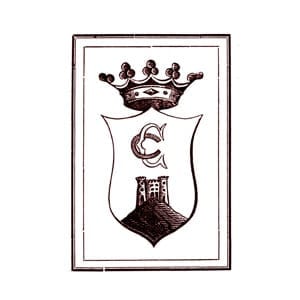 According to Flavio Biondi the name derives from Castrum Curuli, a Norman captain named Curulo (from which Giungolo or Juncolo derive) who built the fortress in anti-Byzantine function. According to others, the place name refers to the Greek-Byzantine surname Zùngolo , very popular in the ancient Lucania, deriving from kurulos (small gentleman).

The Norman castle was built in the 11th century; the four cylindrical towers placed at the corners were added in the Aragonese period, corresponding to the four cardinal points. In the 16th century it was transformed by Loffredo into a noble residence. In 1825 it was purchased by the Susanna family, Marquis of Sant’ Eligio.

The convent of San Francesco dei Frati Minor Reformed, built on the foundations of the church of S. Cataldo collapsed after the earthquake of 1456, was largely rebuilt after the earthquake of 1930. It stands at the foot of the borgo, outside the walls, and dates back to the second half of the sixteenth century. Remarkable is the small adjacent church, recently restored, with the Madonna dell’ Incoronata, patron saint of shepherds and sheep-tracks.

Pastures and farms guarantee healthy and tasty dishes based on  lamb, rabbit, chicken and pork meat. Cheeses, caciocavalli, soppressate, capicollo, ham, sausages, still handmade as in the past, enrich the local cuisine. The excellent quality of the oil produced in the borgo enhances the flavors of the traditional cuisine.
Among the typical dishes you cannot miss to taste: fusilli, polenta and mushrooms, cavatelli and broccoli, pizza cooked in terracotta pans, cianfotta.

What is “BORGO”. The literal translation of Borgo in English would be “Village”. But the term Village does not fully explain what a “Borgo” is. A “Borgo” is a fascinating small Italian town, generally fortified and dating back to the period from the Middle Ages to the Renaissance.
Category: Campania4 January 2018