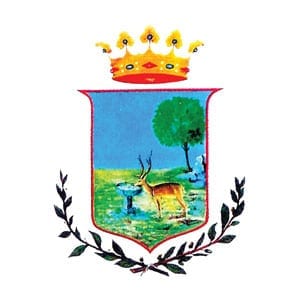 You can start your visit of the historical center from via Roma, where the municipal offices are housed in the convent of the Carmelite Fathers, finished in 1590. In the adjacent church of Madonna del Carmine (second half of the XVI century) the main altar carved in local leccese stone has columns, tunnels and basreliefs in late Baroque style and three paintings of Xavier Lillo which was a valid interpreter of the Neapolitan style in the eighteenth century in Salento. In Corso Italia, the Neogothic castle is the result of the transformation in 1924 from the original eighteenth century structure. In Piazza del Popolo, the Palazzo Ducale was also remodeled at the beginning of the century. It houses the beautiful chapel of the Annunciation and the beautiful roof garden, made during the reconstruction of 1630. Anoter architectural jewel is the Cappella degli Aridit, a fascinating combination between the typical local leccese stone and Rococò decorations. The votive column that soars in front of the Mother church, with the statue of Sant’Andrea at the top, was placed by Bartilotti at the beginning of the Eighteenth Century. Remarkable is the elegant façade of the church, dedicated to the patron Saint Andrew, overlooking the beautiful Baroque Piazzetta Villani. The church has a Latin cross plan with a single nave, with eight side altars and the high altar made of polychrome marble of the Neapolitan school. The stoups are a gift of King Francis I of the Two Sicilies.

The narrow streets of the historical center converge in courtyards. Court Soronzi was built in the seventeenth century. On the entrance portal you can admire a small terrace with a stylish perforated balustrade. On via Gramsci you’ll see the mid-sixteenth century Palazzo Valentini and Casa Turrita. Going on to via Vespucci you’ll find the Renaissance Palazzo Adamo Izzo with its beautiful garden. Further on piazza del Popolo and via Castello, with Palazzo Alberti, by the elegant façade of the beginning of the twentieth century. Returning to the Piazzetta Villani, we find Palazzo Colella Bisanti, with a large garden and a dovecote in which are engraved the dates of construction (1563) and enlargement (1770) of the building; the eighteenth century Palazzo Villani; the sixteenth century House Cesi, home of the sons of the feudatories Bartilotti; House Rollo, also from the sixteenth century, equipped with a hidden garden at the bottom of a long vestibule; Palazzo Arditi, a building of the end of the seventeenth century; and finally Palazzo Seracca, characterized by some elegant arches. The last building is Casa Cara in via Garibaldi.

The typical dish is the fried fish, connected to the worship of Sant’Andrea. Each Christmas Eve will bring the pittule, pancakes of leavened dough, with shrimp dressing, codfish, vegetables or with pizzaiola sauce, with olives, capers, tomatoes. The extra virgin olive oil produced in Presicce has an intense taste, smooth and fruity. The traditional processing foresees that the olives are cold squeezed and then pressed on discs with stone called fisculi.

What is “BORGO”. The literal translation of Borgo in English would be “Village”. But the term Village does not fully explain what a “Borgo” is. A “Borgo” is a fascinating small Italian town, generally fortified and dating back to the period from the Middle Ages to the Renaissance.
Category: Puglia4 January 2018