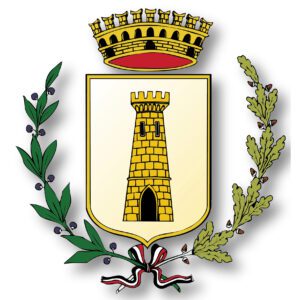 The name derives from the old Latin Locus Rotundus, “rounded place”. At the beginning of the 13th century, placed on a hill peak surrounded by a walled ring, the borgo assumed the circular shape that gave it its name, which also appeared in various documents in the following centuries.

Locorotondo is the most beautiful balcony in the Murgia of Trulli, the typical local houses. From its lookout, you can admire the charming territory. A mosaic made of small vineyards surrounded by stoned walls, scrubs of Mediterranean forests and silvery olive groves that surround the old manor farms, thousands of trulli houses spread in the borgo. Moreover, the small old centre of Locorotondo, closed into its circular perfection of stone and mortar, once marked by walls, seems hanging between dream and reality. The white colour of lime wraps everything, it looks like the flashing background of local stone Baroque architecture, underlining the intense colour of flowers on the balconies. Peculiar peaky roofs called cummerse, made of grey stone called chiancarelle, exalt the façades, that inside represent the typical environment of star vaults. In the town centre there is no particular architecture that stands out, everything is gracious and intimate and you can feel the sense of order, respect, and mature civility that surrounds this small treasure chest of faith and art. From Piazza Vittorio Emanuele, where two 19th century big pillars mark the old Porta Napo­li, you can follow a long path where you can see buildings such as the former Town hall, today the Communal Library from the end of the 18th century, the Baroque Palazzo Morelli with its splendid portal and small balconies with wrought iron railings and, up ahead, the Mother Church. Dedicated to Saint George, was built between 1790 and 1825, where previously there were three churches dedicated to the same saint. It has a 16th century façade and a Greek cross plan. Inside it preserves 42 marble basrelief headstones in of the end of the 16th century, with stories from the Old and New Testament, some Baroque altars made of polychrome wedged marble blocks (1764) and a series of paintings by Gennaro Maldarelli (1838-41) from Naples. In the crypt there are the remains of a 19th century burial site, some silver objects and urns. Near the church there is the small 19th century Church of Annunziata, built where an old oratory from 1633 used to be, that inside preserves some wooden statues and papier-mâché. The Church of Madonna della Greca is more important. Its origins are still unknown and the first document where this church is mentioned is from 1520, but some architectonic elements, such as a half barrel vault, lead you to believe that it is older than is presumed (12th -13th century). It has one nave and three aisles with column base and capitals decorated with a medieval motif. A rich group of objects sculptured in stone comes from the old chapel of the Mother Church. The most significant are a triptych of the high altar and sculptures of Saint George (1559). The Church of San Nicola (1660) is very original, with its chiancarelle stone covering, typical of trulli. Inside, it has frescoed vaults and an old stone basrelief representing the Crucifixion. And finally, the small church of the Hospital, out of the town centre, dates back to the middle of the 16th century, it has a beautiful apse, embellished by the remains of a fresco representing a prayer addressed to Christ.

Secular devotion for grape cultivation favoured the production of excellent quality white wine, such as the famous Doc Locorotondo a fresh, light, dry white wine, ideal for appetizers, excellent with fish and shellfish.