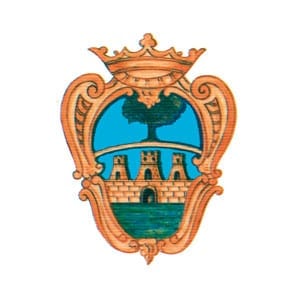 The name derives from the Latin vicus, meaning “group of houses”, “village”.

Vico del Gargano looks like something picturesque and decadent, like classical ruins in paintings by eighteenth century landscape artists. While other places are no longer a novelty, Vico shows a great potential, whereas the recovery of this immense and wonderful heritage made of a spontaneous and recurrent architecture its essential. Since the sixteenth century the building know-how of the inhabitants, who put the barn on the ground floor and the home on the first floor, focuses on the “monacesca” kitchen, meeting point for the family. The houses are adorned and distinguished one from the other with chimneys, the richest have the family crest impressed on it, and are preceded by the pieddi, a small staircase from the entrance where you can see all around. You may start your visit of the ancient heart of Vico looking not only for its most significant architectural work but also for its underground spaces: the trappeti, these spaces were dug under the houses and were used for olive pressing, they stand silent witness to the efforts made by a disappearing peasant culture; and that of the dead, the necropolis of Monte Tabor (Mount Tabor) and the monumental cemetery of St. Peter, dating back to 1792.There are many churches: the Matrix Church with its stone portal and the eleven inner altars; is set on a hill around which the Casale and Civita quarters lie; the Church of St. Joseph, in the Terra quarter (or Borgo Vecchio), which contains a wooden statue representing Christ on the cross that is carried at the procession on Good Friday by Confraternities, the true keepers of the Vico’s soul and rituals; the Church of San Marco, dates back to the thirteenth century and, outside the walls the Church of Santa Maria degli Angeli with its Capuchin Monastery, where many works of art are preserved; and finally the Church of San Pietro, with its long history on the Mount Tabor. With regards to civil construction, the walls are a must, in some parts they are incorporated into the houses (the original circle was made built by Teodisco from Cuneo in 1292) and, finally, the quadrangular castle, where we can still see traces of the various ownerships, from the Normans to the Aragoneses; the Palazzo della Bella, a peculiar Neo-Gothic palace built at the beginning of the twentieth century was inspired by the Florentine architecture of Palazzo Vecchio. Finally we suggest you look at the beauty of the stone doorways and of the old wooden doors.

The famous citrus fruits of Vico Gargano were once the basis of its economy and are once again cultivated and sold after a period of abandonment. Walking through the Borgo it is possible to buy oranges directly from the farmers.