MUNICIPALITY OF specchia
only the historical center
(Lecce District)
Altitude
mt. 131 a.s.l.
POPULATION
4915 (150 in the Borgo) 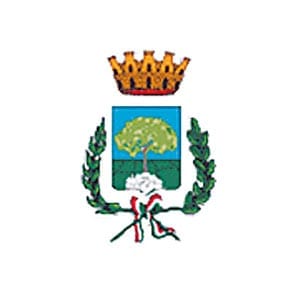 The name derives from the mounds of dry stones piled up in conical form, called specchia, which the Messapis used as defensive works or lookout posts. In the Middle Ages, the Borgo was called Specla de Amygdalis with reference to the richness of almond trees of the area. According to a legend, the name derives not from the ancient mirrors (specole) but from the Roman matron Lucrezia Amendolara.

Situated in a strategic position dominating the valley below, Specchia’s historic center is considered to be among the most beautiful in Salento. The narrow streets, closed to traffic and periodically interrupted by flights of steps, enclose a residential complex which is in large part fruit of a spontaneous 16th and 17th century architecture which has reached our era almost intact. Specchia’s historic center, which still presents a typical medieval plan, developed in the 15th century around the primitive nucleus of the castle. The city walls were rebuilt during the same period. Specchia was probably reconstructed in 1452, after the devastating wars between the Angiovins and the Aragons. However since the main street is still called rua, a Gallicism dating back to the Angiovin domination of the 14th century, an organized nucleus must have already existed at that time. Of the ancient walls encircling the Borgo only some fragments remain, along the path which goes around it on the west side, while in the eastern part of the walls we find one of the most ancient instances of Specchia’s coat of arms depicting an almond tree growing on a mound of rocks. The newer walls were constructed around 150 years ago and have recently been restored. The centrally located Risolo castle is a fortified structure with a 16th century plan, originally isolated but now joined to other edifices from which rise two tall square shaped towers positioned on the corners of the ancient quadrangular construction. The eastern front overlooking the Piazza del Popolo is occupied by an 18th century two level courtyard, while the rusticated front gate opening onto the center is overhung by the Borgo’s coat of arms and two statues. Owned by various important families, the castle was transformed into a marquis palace by the Protonobilissimi family, the marquises of Specchia during the 16th and 17th centuries. The most evocative part of the Borgo is that behind the castle where, among flights of stairs and short, narrow streets, among the alleyways and courtyards, the townspeople go about their daily lives, almost always in the open air, leaving their dreams behind the half closed windows. The church and attached Black Franciscan monks convent date back to 1531, as testified by an inscription referring to the Chapter of the Black Franciscans held in the convent. The construction of the chapel of Saint Caterina the Martyr dates to 1532, and is splendidly frescoed with scenes from the life of the saint and her martyrdom. The crypt, hollowed out of the rock and supported by 36 narrow columns laid out in four rows, still bears traces of frescoes on its walls. The parish church was erected in 1605 but has been extensively restructured. The columns are in Lecce stone,  while the triumphal arches are adorned with floral motifs. The churches of the Assunta and Sant’Antonio, with the attached Dominican convent, also date back to the 16th century. The church of San Nicola, erected in the 9th-10th century and restored and converted to the Latin rite in 1587, as remembered in the stone tablet on the church’s façade. The church of Sant’Eufemia was of Greek rite as well: its polygonal apse, built in regular blocks of local stone, is positioned facing east, in accordance with Byzantine tradition, because the sun, symbol of Christ’s divinity, rises from this cardinal point. A large double lancet window opens onto the church, illuminating the interior. The church, datable to the end of the 9th beginning of the 10th century, is a remnant of the Middle Ages. Worth seeing, finally, is the underground olive press, recently restored, a testament to the historical importance of olive oil production in Specchia. The Cape of Leuca is rich in these architectonic structures, realized between the 16th and 19th centuries and now abandoned, which represented the principal economic source of the ancient province of the Terra d’Otranto during the Kingdom of Naples.

Specchia is famous for its olive production. The Borgo is also part of the “Jonica – Ancient Land of Otranto” Olive Oil Road. Among the numerous recipes of a land rich in gastronomic tradition, we must mention ciceri e tria, a dish based on chickpeas and home-made pasta, the soup with broad beans and artichokes, and salad with grilled eggplant.

What is “BORGO”. The literal translation of Borgo in English would be “Village”. But the term Village does not fully explain what a “Borgo” is. A “Borgo” is a fascinating small Italian town, generally fortified and dating back to the period from the Middle Ages to the Renaissance.
Category: Puglia29 December 2017