municipality of pietramontecorvino
only the historical centre
(Foggia District)
Altitude
mt. 456 a.s.l.
POPULATION
3000 (160 in the borgo) 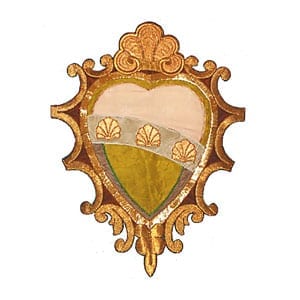 Pietramontecorvino is the stone (rock, cliff) of Montecorvino. It is a Byzantine village that was developed under the Normans and then decayed and was abandoned in the 15th century. In the caves, excavated in the rock, called “Preta” in dialect, according to tradition, the refugees from Montecorvino found shelter, above all the shepherds and their flocks.

Built around the year 1000 on a tufaceous rock on the sub Apennines of northern Daunia,  the old town centre of Pietramontecorvino is characterized by a ring shaped city plan, composed of a network of small narrow streets that offer a fantastic view over the surrounding hills. The borgo and the countryside seem united in a unique drawing. The monumental complex, composed by a Norman tower, a Matrix Church and the Ducal palace, is situated on the top of the rock and seems out of all proportion with the rest of the dwellings. In fact, it has a double role in protecting the borgo and giving it prestige. Houses located beneath this complex seem to climb the rock in order to reach it. Once you enter Terravecchia, you realize how these houses complied with the inclination of the territory. They are climbing up the rock, partly excavated in tufaceous stones and partly built on them, compact among them. During the Middle ages, the borgo was surrounded by walls with towered houses that no longer exist today. In Via Tappeto you can find the only remaining towered house. You can enter the village through three gates. From the southwestern “Porta Santa Caterina”, from the eastern “la Portela” and from the western “Port’Alta” that, with its gothic ogival arch, is the only remaining one. Next to the gate, climbing up the rock, there is a monumental staircase that leads to the 18th century entrance lodge of the Mother church. At the foot of the staircase, on the right, there is the Church of San Biagio with its Gothic arch. The Sacristy door is surmounted by a headstone with Gothic writing, the oldest text in Pietramontecorvino (1375). When you pass Port’Alta, walk along a street that longitudinally crosses the borgo and represents its back bone. From this street you can turn into many tiny streets and admire their most picturesque aspects.

Houses emerging from the rock with caves that today have been turned into canteens and warehouses, tortuous streets and steep staircases, small linking arches between houses, supporting walls of gardens and small squares, sloping passageways and narrow streets that frame the hilly landscape. The date of the Palazzo Ducale, the Ducal palace, is unknown, in any case, it is presumed that its origins are from the Anjou period, as the coat of arm on the ceiling of the Ducal Arch witnesses; it has beautiful mullioned windows with rich ornaments dating back to the 13th century and a nearby Norman Anjou Tower (30 m. high). The complex occupies a surface of almost 2500 sqm, and it reaches the height of 15 meters in Via Port’Alta; the most important wing of the palace is the one on the southern side that has three floors. The main entrance, surmounted by a mascaron, leads you to a hall. On its vault, the emblem of the Montalto di Tocco family, the last feudal lords of Pietra is painted. The palace is annexed to the church thanks to a corridor that goes over the backyard entrance. From here you enter a large hall with barrel vault, now used for cultural events. Near this hall and the Mother church there is a beautiful hanging garden that overlooks Piazza del Rosario and represents a natural ring among buildings. The Mother Church is dedicated to Santa Maria Assunta and is the oldest church in the village. Already documented in 1328, it was probably built at the end of the 12th century as the lateral portal, with triple pointed arches containing Angus Dei, testifies. This portal was, until the end of the 18th century, the only church entrance, that during that century saw the transformation of the presbytery. Stairs, arcades, and the gate that leads towards eastern exit are all from the 18th century. The ancient presbytery, built in baroque style, that is now set in the entrance area witnessed the presence of the first construction centre. On the whole, the architectural style of the church can be defined Romanesque. The chapel, arches made of dark stones in lateral niches and funeral monuments of the Tinto family (1567) are of Renaissance style. The high altar is obviously baroque. In front of the chapel of baptistery, you access the bell tower, a typical medieval quadrangular construction, with a beautiful dome covered with yellow and green bricks.

Cold cuts, capecolle in the first place, are excellent thanks to meat processing carried out according to tradition. Do not forget the extra virgin olive oil, which is called Cacc’è mitte from the Lucera area.