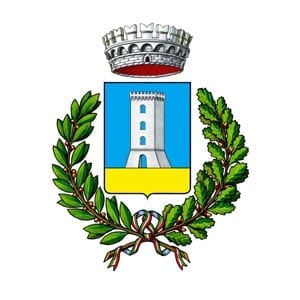 The borgo is mentioned as Torsciano in Municipal documents that date back to the end of the seventeenth century. Traditionally it derives from “the tower of Giano (Janis)”. It is probably of Longobard origin: Trausan is an expression that means “to fall down or place in a big ditch”, alluding to the swamp at the foot of the hill of Torgiano during the early middle Ages.

Entering the historical centre from Piazza Matteotti, where the ancient Porta del Forno once stood and continuing along Corso Vittorio Emanuele II, on the left, you will find the Oratory of Mercy, and the nearby Church of San Bartolomeo, rebuilt during the seventeenth century in place of a thirteenth-century pieve, which preserves a Cristo deposto dalla croce by Felice Pellegrini of the Barocci school, (1588). Opposite the church is the sevente enth century Palazzo Manganelli, which was formerly owned by the Baglioni family. On the right you will find the building of Stocchi Manifatture and the ancient residence of the Falcinelli family. Continuing along Via di Mezzo, on the left, on the corner of Piazza Baglioni is Palazzo Comunale, the Town Hall. On the other side of the square, is the baroque Palazzo Graziani Baglioni, which houses the Museo del Vino (Wine Museum). On the main floor of this building, which is now under renovation, is a frescoed gallery from the end of the seventeenth century, a library and several rooms with period furniture. At the end of the wall bordering the garden of the palace, you can see the old stables which are now the headquarters of the Pro Loco. At the end of Corso Vittorio Emanuele II you will find the Oratory of Sant’Antonio, which has a Madonna con Bambino painted on the outside wall which was attributed to the school of Domenico Alfani, a famous painter from Perugia from the first half of the sixteenth century, and a pupil of Raphael. Continuing into Piazza Umberto I, turning onto Via Garibaldi, you can appreciate the old residential Palazzo Graziani on the right, which is home to the restaurant Le Tre Vaselle, and also the seventeenthcentury Church of Santa Maria in Castello, which was annexed to the medieval hospital that opened onto the square of the same name. Continuing up the road, there is the Museo dell’Olio, housed on three floors of an old building which was used up until a few decades ago, as an olive press. Once you get to Piazza della Repubblica, you can visit the new Municipal Library. The square behind this building has a beautiful panoramic view of the castle walls. The tour of the remains of the city walls helps you to understand the urban structure of the castrum: starting from Piazza Matteotti, you turn left onto Viale della Rimembranza, that passes between two rows of cypress trees, first leads you to the medieval Baglioni Tower, symbol of Torgiano, and then to the Church of Santa Maria dell’Olivello, which houses valuable sixteenth and seventeenth century paintings. Back in the square it is possible to see the walls of the caisson which were demolished in the eighteenth century in order to give way to the bell tower of the Church of San Bartolomeo. Continuing along Via Pasquale Tiradossi, where some parts of the castle walls are still visible, you get to a large area bordered by a pergola which overlooks the Tiber valley. In the square in front of the ancient Porta di Sotto, on the left you can see the ancient palace, which contained within it a small oratory that was inhabited by Signorelli. Continuing along the tree lined Via Giordano Bruno, are other portions of the medieval walls, built in typical local sandstone, which are overlooked by Torre della Jaccera, the old northern caisson. Back in Piazza Matteotti you can repeat the visit of the old town taking care, this time, to appreciate the numerous interventions made by contemporary artists who wanted to pay homage to the origins and the history of Torgiano. There are sculptures such as La fonte di Giano by Nino Caruso, a famous potter, in Piazza Baglioni, which pay tribute to the Roman deity Janus, from which according to popular tradition, the name of Torgiano derives, and delicate paintings by Mario Madiai.

Torgiano is a “City of Wine” and a “City of Olive-oil”. Red Wine, such as the Torgiano Rosso Riserva, which is together with the Sagrantino di Montefalco, and DOC Torgiano the only Umbrian DOCG wine. This area is inserted in the guide “Strada dei Vini del Cantico”

What is “BORGO”. The literal translation of Borgo in English would be “Village”. But the term Village does not fully explains what a “Borgo” is. A “Borgo” is a fascinating small Italian town, generally fortified and dating back to the period from the Middle Ages to the Renaissance.
Category: Umbria12 March 2018