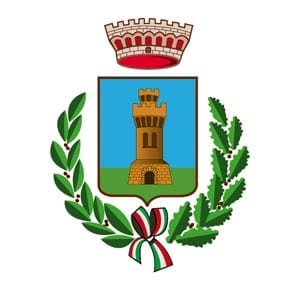 It derives from the medieval fortress built in the middle of the thirteenth century and called “Castello del Leone” for its pentagonal shape inspired by the constellation of the Lion.

“I write to you from an enchanting place. Our house is in front of the Trasimeno Lake, all surrounded by thick hills and on the lake three green little dream islands, lying down abandoned as in a state of ectasy”. These are the words written by a poetess of the early twentieth century, Vittoria Aganoor, who describes to a friend a landscape of enchantment, miraculously preserved thanks to the commitment of the inhabitants and a group of intellectuals led by the deputy Guido Pompilj, who in the last century opposed to the drainage of the lake.

Today the “saved” lake offers a landscape rich in colours, light and tranquility. The Borgo has much more to offer: Palazzo della Corgna is a monumental complex of great historical and artistic importance. It was created between the 16th and 17th centuries by Galeazzo Alessi around the former nucleus of Palazzetto Baglioni, probably under the supervision of architect Vignola. It contains one of the major painting cycle of the late Umbria- Tuscan Mannerism. It was painted to celebrate the glorious achievements of Ascanio della Corgna, representing valiant feats of Roman heroes and scenes inspired by Greek mythology. Today most of the frescoes by Niccolò Circignani, known as Pomarancio, that embellish the halls have reacquired their former splendor thanks to a meticulous restoration project. The Ducal Palace is connected to the medieval Rocca, or fortress, by a passageway that winds along the walls and which was covered in 1617, during the Della Corgna marquisate.

The Rocca del Leone is a medieval fortress with a unique pentagonal shape based on the Leo constellation. Its location on a spur of calcareous rock overlooking the lake proved to be of great strategic importance during the numerous wars fought between Tuscan and Perugia lords for the control over the territory.

In the Borgo you cannot miss visiting the Church of Santa Maria Maddalena, built in 1836 to the design of the architect Giovanni Caproni. Inside are a Madonna del Latte by the Sienese school of the 1300s, a panel of the Madonna and Child, attributed to a student of Perugino and recently restored, and frescoes by Mariano Piervittori painted after 1850.

The Baroque Church of San Domenico dates back to the first half of the 1600: built for the duke Fulvio Alessandro, it offers visitors a splendid coffered ceiling and numerous 17th century paintings.

The soil around Lake Trasimeno is ideal for the growing of fagiolina del lago, a tiny bean with a skin so thin that you can find it only in this place. It is endorsed by the Slow Food association. Freshwater fish is the king of the local cuisine, especially regina in porchetta, which is a large oven baked carp seasoned with fennel, garlic, pepper and salt and served with the excellent Colli del Trasimeno red wine. First courses include pici co’ la nana, a homemade pasta served with a duck sauce and parmesan.

Christmas: Luci sul Trasimeno (Lights on the Trasimeno). From 7 December to 6 January, a varied programme of events, shows, lights and entertainment with the world’s largest Christmas tree designed on water: the tree is a true work of art, unique in its kind, a unique and evocative experience, a breathtaking view that can be admired from the “hill” of Castiglione del Lago, for a kilometer in length, almost 100 load-bearing poles planted in the bottom of the lake, 2,590 LED bulbs around the perimeter, 50 indoor lamps and 5 kilometers of cable. In addition to the tree, “Luci sul Trasimeno” also offers visitors a majestic Monumental Crib, the “video mapping” that tells the story of Castiglione del Lago projecting it on the Mastio (the highest tower of the castle) and many shows in the Teatro della Rocca: a magic that lights up the entire village of Castiglione del Lago with wonder.