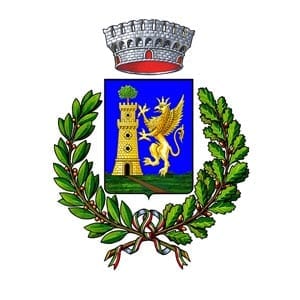 The name was born as a variant of Diruta, meaning “ruined”, referring to the inhabitants’ escape from Perugia set on fire by Octavianus in 40 BC. The inhabitants of the destroyed town settled on the hill of today’s Deruta.

Umbria in the dreams of many remains a cluster of ancient villages in green sea.

The territory of Deruta is marked by clayey deposits that enabled its inhabitants to procure the raw material with which they made pottery; and the return to this activity, after centuries of decline, is paid back from an aesthetic point of view.

Everyone in town talks about the art of pottery and ceramics starting with the museum of ceramics.

Entering the old city from the door of San Michele Arcangelo, you can see the remains of the city walls. Further ahead are the ancient structures of some furnaces dating back to the sixteenth century. The polygonal fountain (1848) welcomes you in Piazza dei Consoli, which has an elongated shape and houses the main public and religious buildings.

The ancient Palazzo dei Consoli (XIV century) houses the city hall and the municipal art gallery; the original sober architecture of the building was refurbished during the XVIII century leaving unchanged the ogival mullioned windows that, together with the portal, adorn the façade. In the lobby are Roman and medieval archaeological finds.

The tower has mullioned windows in Romanesque style (XIV century). On the same square is the Franciscan complex: the monastery founded by the Benedictines in 1008  (here Pope Urban IV died in 1264), and the Gothic church of San Francesco, restored and consecrated in 1388 after an earthquake that had almost destroyed it. The beautiful sandstone façade of the church has a pointed portal and an elegant white and golden stone rose window.

Inside are traces of frescoes dating back to the fourteenth and the sixteenth century. Noteworthy are both a fresco depicting the Virgin and Saints Francis and Bernardino, attributed to Domenico Alfani (1520) and, near the main altar, another one representing a Madonna between Saints (XIV century). The bell tower has ogival mullioned windows with two lights and dates back to the fourteenth century. The convent houses the regional museum of ceramics.

Going on you’ll get to piazza Benincasa, where the church of Sant’Antonio Abate is (recently returned to its splendour). The first restoration dates back to 1493, the interior preserves Umbrian frescoes by Bartolomeo Caporali (Madonna della Misericordia, 1480) and by Giovan Battista Caporali (Scenes from the life of Saint Anthony Abbot).

The church of Madonna delle Piagge (1601) bears on the façade a majolica panel by Amerigo Lunghi (1929).

Just outside the borgo you can visit the Sanctuary of Madonna dei Bagni, built with a central plan just after a miraculous event of 1657, originated from the discovery of an image of Our Lady on a fragment of pottery, still kept in the main altar.

The strength of faith is expressed here in more than 600 votive tiles, made by Deruta ceramists on commission of the faithful who received grace. The votive majolica (almost unique example) illustrate misfortunes, illness, accidents which ended up happily thanks to the intervention of Our Lady.

In addition to ceramics, which can be bought directly in the workshops, another important product of the area is the Castelleone extra virgin olive oil, appreciated by the finest gourmets such as, in the past, Gabriele D’Annunzio.